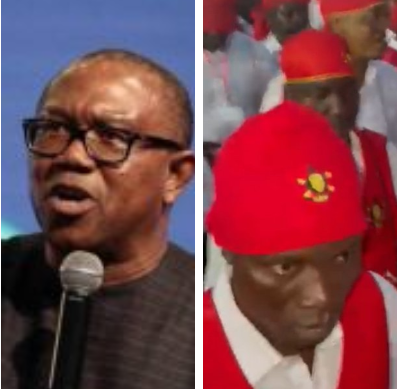 The association said this following a viral video where its members purportedly mocked Bola Tinubu, presidential candidate of the All Progressives Congress (APC), over his alleged ill-health.

Also, a social media post suggested that Peter Obi, presidential candidate of the Labour Party (LP), is a member of the group — but this has been debunked by his aide. In a statement on Tuesday, Abiola Owoaje, on behalf of the confraternity, said his organisation does not mock people.
“We must stress that we are apolitical. As an organisation, we have never had a preferred candidate in any political elections including the upcoming 2023 general elections. We have members who belong to different political parties and are absolutely free to support any candidate of their choice.
Source: The Cable Oko-Eze who spoke to journalists in Abakaliki, Ebonyi State, reacted to the allegations making the rounds in the state that he collected N20 million naira from the state government and APC gubernatorial candidate, Francis Nwifuru.

DAILY POST reports that loyalists to Mr. Oko-Eze’s rival, Edward Nkwagu had accused him of picking the LP ticket in error and collecting money from the Ebonyi State government with plans to allegedly frustrate the party from winning election in the forthcoming general election in the state.