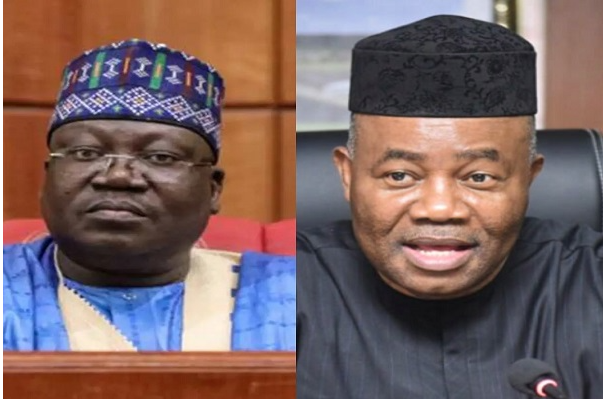 The Commission rejected the nomination of the duo following controversies that surrounded the primary elections that purportedly produced them as senatorial candidates of the ruling All Progressives Congress (APC).

Reacting to an online report, which claimed that the Commission doctored and backdated documents to accommodate Lawan and Akpabio’s nominations, INEC said it has not recognized any of the two as candidates.
Source: The Nation

Identities Of Owo Church Attackers Revealed [Full List]
The identities of five of the attackers of St Francis Catholic Church in Owo, Ondo State have been revealed.
Naija News earlier reported that the Defence Headquarters had said the Nigerian military arrested the killers of 40 worshippers at the Catholic Church on June 5. Speaking during a media parley at the Defence Headquarters, Abuja on Tuesday, Chief of Defence Staff, General Lucky Irabor, said some exhibits were recovered from the suspects.

Irabor disclosed that the attackers were arrested by the military in collaboration with the Department of State Security (DSS) and the Nigeria Police Force.
Irabor listed the five names of the suspects arrested as follows

Abdulmalik Omeiza (one of the masterminds of the attack).

Speaking further, Irabor said the essence of the media parley was to solicit understanding and support from the media in the fight against insecurity.