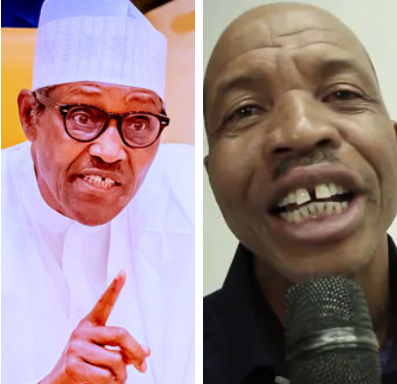 1967-1970 Nigerian civil war inspired by self-centredness – President Buhari
President Muhammadu Buhari has described the civil war that played out between 1967 to 1970 as an act of self-centredness, saying he wouldn’t want such an incident to be repeated again. He urged political leaders to stay focused and uphold the ultimate objective of promoting the interest of the country, saying, “We are Nigerians, God willing we remain Nigerians, and Nigeria shall remain one.’’

“The self-centeredness that led to the loss of about a million lives between 1967-1970 must not be allowed to repeat itself, noting that the CPC was founded on the bedrock of patriotism and loyalty to the unity of Nigeria,” Buhari stated while playing host to former State Chairmen of the defunct Congress for Progressive Change (CPC) at the State House, Abuja.

He noted that the passion and zeal for improving the livelihood of Nigerians, which culminated in the creation of the political party had not dwindled, calling for more steadfastness as Nigerians.
Source: Dailypost In the viral video posted on social media, some members of the Confraternity group were seen dressed in red and white attire yelling out critical remarks as they gyrated to a song that mocked Tinubu over the speech made in Ogun State ahead of the party presidential primary.
In reaction to the video, Soyinka had stated he was appalled and found the content ‘distasteful’.
But reacting to Soyinka’s response, those in the Tinubu camp have allegedly said that the APC presidential candidate and his team are annoyed over the Nobel Laureate’s response.
They accused Soyinka of systematically revealing “that Tinubu got Parkinson’s disease, thereby confirming that he’s an invalid candidate.”
“They are angry that Prof. (Professor Soyinka) revealed too much about Bola Tinubu’s health condition,” he added.
Source: Leadership When the robbers couldn’t get the outrageous sum from him, they beat him up and carted away his mobile phones and laptops among others.
Oyetoro’s friend, Kayode Soaga confirmed the incident in a statement on Monday.
“The Robbers broke into his home at about 2 am, heavily armed with pump action guns, machetes, breaking-in tools. His security guards were tied down and demobilized.
hey broke the burglary proof and went straight to him demanding #20 million or his life. Threatening to kill and destroy.
Saka’s security guards were demobilized while the guards of his neighbours were not too lucky as they were shot several times in the arms. We thank almighty GOD for Saka’s Life as he’s doing fine,” the statement read.
The 59-year-old actor is said to be doing fine with his family after the shocking incident.
Source: PMNews