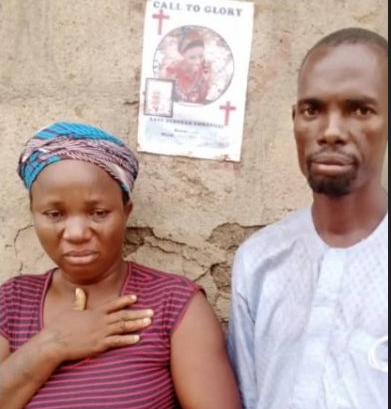 Popular Port Harcourt-based pastor, and the general overseer of Omega Power Ministries, OPM, Apostle Chibuzor Gift Chinyere has once again, extended his humanitarian services to the family of the slain student of the Shehu Shagari College of Education, Sokoto, Deborah Samuel who was murdered last week by some aggrieved youths in Sokoto. In a post seen via the pastor’s Facebook page today, the Apostle had narrated how he got to hear about the family’s plight after the lady was killed. Apostle Chibuzor in his post had called on anyone with the family’s contacts to inform them immediately that he will be relocating them to port Harcourt.
He also confirmed that they would be staying in one of the OPM free estates where they will never pay rent forever. He also promised all her siblings automatic scholarships in OPM Free schools.
The pastor added that he will get the father a job and also open a shop for the mother.
Deborah’s death had plunged the state into a chaotic state as some other churches and businesses were razed by rampaging youths.
This had caused the state governor, Aminu Tambuwal to shut down the state as he announced a 24-hours curfew

The Sokoto state governor, Tambuwal however today, relaxed the curfew in the state.