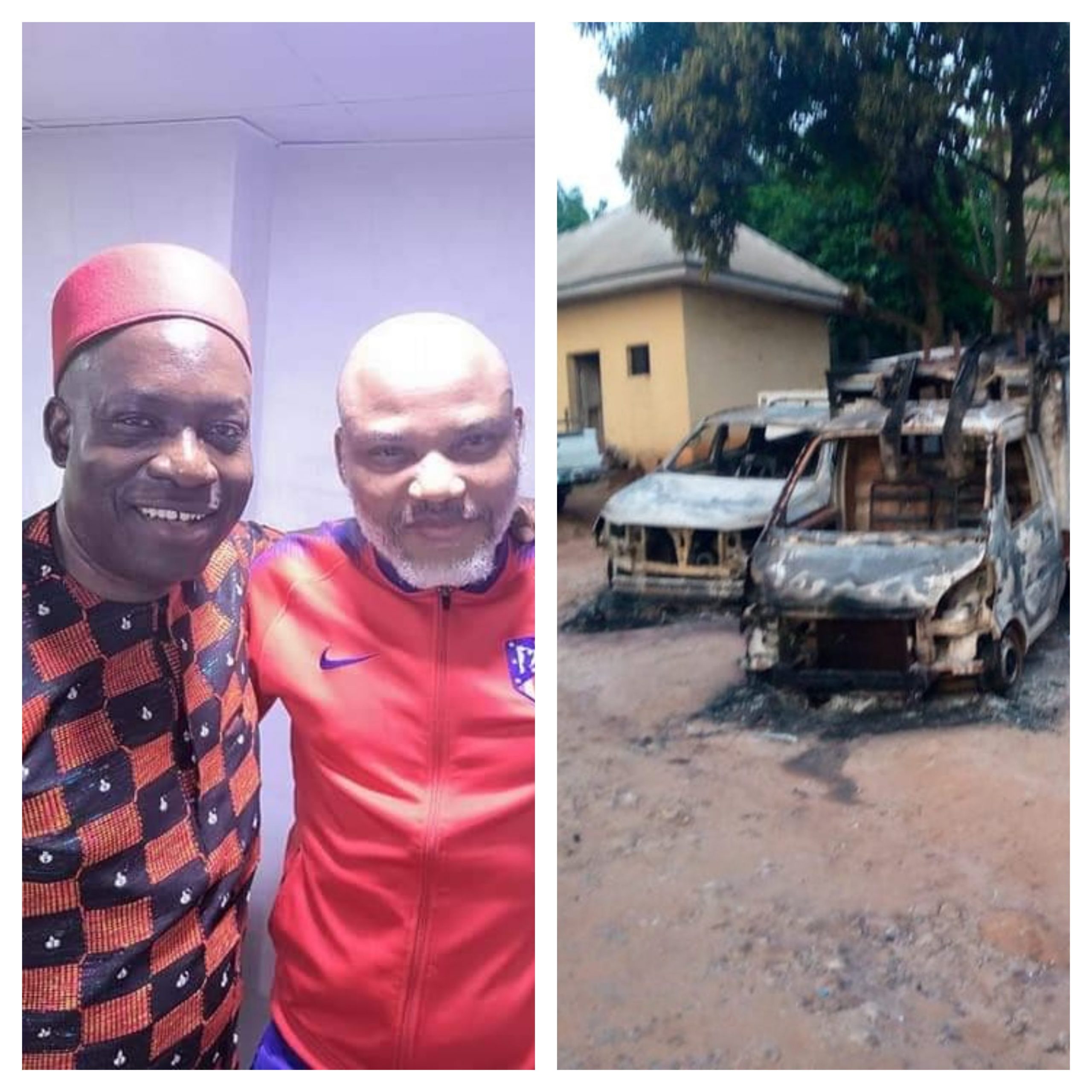 Nnamdi Kanu’s Family Breaks Silence After Anambra Governor, Soludo’s Visit
The family of the detained leader of the Indigenous People of Biafra, Mazi Nnamdi Kanu, has said that the visit of Anambra State Governor, Professor Chukwuma Soludo to their son in detention, was a confirmation that their son “is not a bad man as being portrayed by the Nigerian authorities”. Kanu’s family hailed the Anambra State Governor for his courage to visit Kanu in security custody.
Kanu’s younger brother, Prince Emmanuel, who spoke with Vanguard in Umuahia, described the visit as remarkable.
Vanguard recalls that Soludo is the first sitting South East Governor to visit the IPOB Leader since his rendition from Kenya on June 28, 2021. Kanu’s family commended Soludo and all those making genuine efforts towards securing freedom for the IPOB Leader.
“It was a good move and a very remarkable one. It shows that Kanu is not a bad man as being portrayed by the authorities.
“We thank the governor for deeming it fit to visit Kanu in detention. It’s a good step expected of a good leader.
Source: Vanguard

Gunmen Abduct Lawmaker, Burn Down LGA Headquarters and Magistrate Court
The Police Command in Anambra State has confirmed the kidnapping of Okechukwu Okoye, a lawmaker representing Aguata Constituency 1 in the State House of Assembly.
Mr Okoye, an indigene of Isuofia, the same community as Governor Chukwuma Soludo of Anambra State, was kidnapped in Aguata on Sunday. DSP Toochukwu Ikenga, the Police Public Relations Officer of the command, who confirmed the kidnap while speaking with the News Agency of Nigeria on Sunday in Anambra, said the lawmaker’s black Siena bus, which he was driving before the incident, had been recovered. Mr Ikenga said the command had launched a manhunt for the kidnappers with the aim of rescuing him.
The PPRO also confirmed the killing of a member of a vigilante group, who was on a motorcycle in Oko town, Anambra, on Sunday.
Mr Ikenga said the deceased was putting on a special security outfit but was not a personnel of the command.
He described as misleading, a version of the story that said the deceased was police personnel and urged the public to disregard the story.“The Anambra State Police operatives on May 15 recovered a lifeless body in a police T-shirt found along Oko expressway.
“Preliminary information shows that the unidentified body is not a member of the Nigeria Police Force.
“Meanwhile, an investigation has begun to unravel the identity of the deceased and perpetrators of the murder,” he said.
Mr. Ikenga said normalcy had been restored to the area and urged everyone to remain calm while being safety conscious.

Meanwhile, suspected arsonists have burnt down Idemili North Local Government secretariat in Ogidi and a Magistrate Court in the area. Sources said the arsonists entered the premises on Sunday night to perpetrate the act, burning down all files, and properties in the secretariat, including the secretariat building.

Videos and pictures circulating online showed that the entire buildings were reduced to rubbles, while vehicles parked inside the Local Government secretariat were also burnt to ashes. The State Police Command has also confirmed the development, attributing it to unidentified arsonists.

DSP Toochukwu Ikenga, the spokesperson of the State Police Command said: “Yes, the incident was confirmed, and our men were there to restore normalcy.

“Right now, the fire has been put off, and calm has been restored to the area,” Ikenga told DAILY POST correspondent.

Here is the translation for the embedded video: This is happening right now, Hon Okechukwu Okoye has just been kidnapped. As you can see, there is his car left behind. This is Sunday **** reporting. Please anyone who has any form of assistance should direct to the right quarters, the Honourable is a relation to me. Thank you.