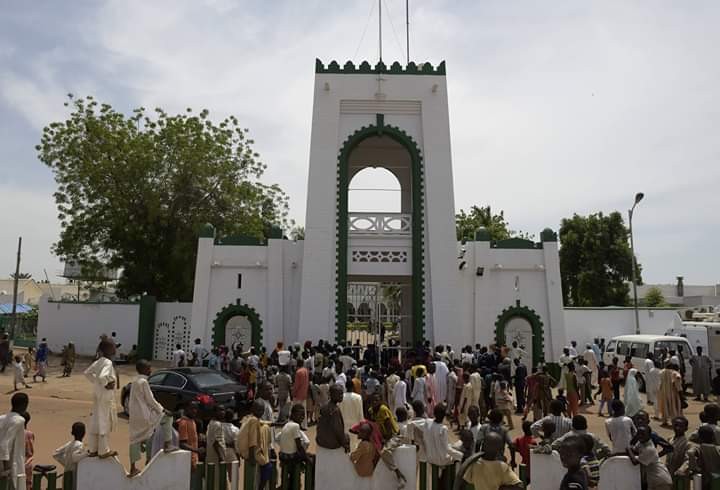 The Northern Governors’ Forum has called on Christians and Nigerians to remain calm following the killing of a female student, Miss Deborah Samuel of Shehu Shagari College of Education, Sokoto, for alleged blasphemy.

Dr Makut Macham, the spokesman to Governor Simon Bako Lalong, chairman of the Forum and Governor of Plateau State, in a statement, stated that the governors were concerned about the development, saying that it is clearly an extra-judicial measure of addressing perceived infraction.

According to the statement, “The Northern governors appeal for calm following reports of the hijack of a peaceful protest which later turned violent and led to the imposition of a curfew in Sokoto metropolis.”

The statement explained that the governors stressed that any attempt to adopt self-help in addressing grievances whether religious or otherwise could lead to further chaos in the country.

According to the statement, the Forum appealed that security agencies be allowed to thoroughly investigate the matter while commiserating with the victim’s family.

The Forum commended Governor Aminu Tambuwal of Sokoto State for the proactive measures he adopted to restore normalcy in the State.

The statement assured Governor Tambuwal of the governors’ solidarity and prayers in dealing with the matter, assuring that they would ensure the adoption of necessary measures to forestall recurrence in any part of the region and the nation at large.

The governors emphasised the need for people from northern Nigeria and Nigerians to show love, tolerance and respect for one another irrespective of faith, ethnicity or other affiliations for overall peaceful coexistence.

Presidency: Handover to Christian, we are against Muslim-Muslim ticket – PFN to Buhari

Ahead of the 2023 Presidential election, the Pentecostal Fellowship of Nigeria, PFN, has warned against a Muslim-Muslim ticket.

National President of PFN, Wale Oke, said Christians would vote against any political party that fielded a Muslim-Muslim ticket in 2023.

Speaking at the 30th anniversary of the PFN establishment in Osun State on Saturday, Oke said President Muhammadu Buhari should hand over to a Christian in 2023.

He stressed that it would be “unfair” for Buhari to hand over to another Muslim.

A statement by Osun PFN Director of Media, Bishop Seun Adeoye, quoted Oke as saying, “The Church in Nigeria is saying no to a Muslim-Muslim ticket. We are going to mobilise the church against such a political party. PFN has 65 million people and we will vote against such a party.

“Obasanjo handed over to Yar’adua, Yar’adua to Jonathan, and Jonathan to Buhari and who else should Buhari hand over to, but a Christian.”