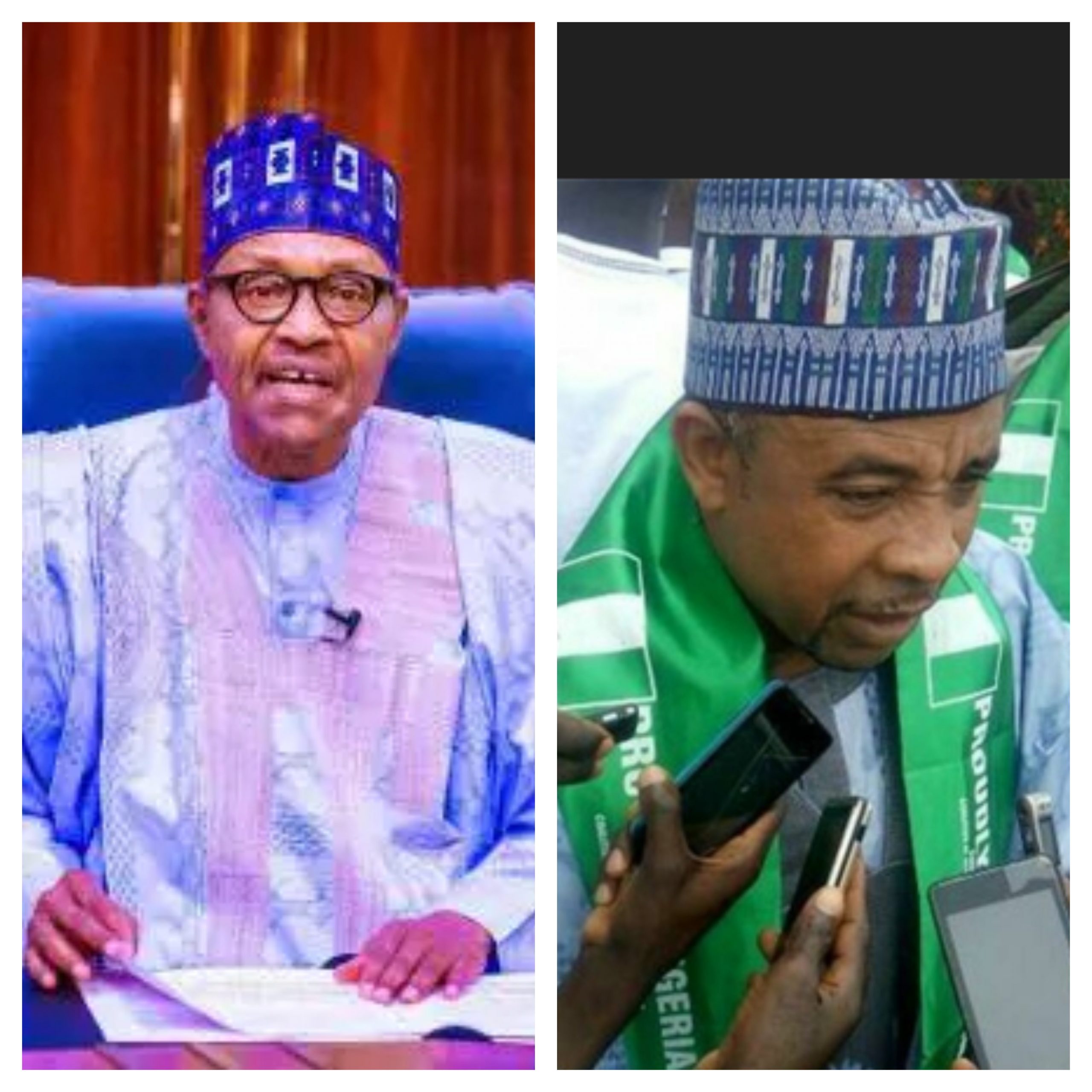 DSS Issues Statement Over Tenure Elongation For Buhari
The Department of State Services (DSS) has distanced itself from media reports that it called for the elongation of the tenure of President Muhammadu Buhari. In a press statement e-signed and released to the National Association of Online Security News Publishers, NAOSNP by the Service’s Spokesperson, Peter Afunanya on Thursday stated that, “The attention of the Department of State Services (DSS) has been drawn to a misleading and mischievous publication by SaharaReporters titled “Nigeria’s Secret Police, DSS Tests the Water on Tenure Elongation for Buhari, Tells Journalists, CSOs 2023 Elections May Not Hold”.
In the said report, the Service was accused of informing participants at its April 6th brainstorming session with CSOs/NGOs that the 2023 general elections might not hold due to insecurity. The report further stated that the session was a ruse to sell tenure elongation to the public. According to the statement, “Consequently, the DSS disassociates itself from the publication and categorically states that the information is false and obviously fabricated to malign it and mislead the populace.”
“It is curious that the session which was applauded and described as innovative by participants including credible Civil Society groups would be misrepresented by SaharaReporters that was neither invited to nor participated in the exercise.
The Online paper, in its characteristic gutter journalism, had initially claimed that participants at the session were harassed. When the fake news did not garner the expected attention, it resorted to another gimmick aimed at dragging the Service into an unnecessary term elongation debate.”
However, the statement by the Presidency reiterating its definite stance to hand over power to a new president on 29th May 2023, has vindicated the Service and countered the deliberate effort by SaharaReporters to create confusion.
While the Service, in the circumstance, aligns with the Presidency, it urges the public to disregard the lies of SaharaReporters and its promoter whose activities are usually antithetical to a decorous environment
Source: TVC News

INEC Raises Concern Over Security Ahead Of 2023 Polls
The Independent National Electoral Commission (INEC) has raised concerns about the security challenges in the country ahead of the 2023 general elections.
With about nine months to the polls, it, however, allayed fears that the elections might not hold due to security threats. INEC Chairman, Professor Mahmood Yakubu, made the remarks on Friday in Abuja at the second quarterly meeting of the Inter-Agency Consultative Committee on Election Security (ICCES).
He believes there is enough time for the security agencies to address the situation to ensure people go to their various polling units without concerns over their safety.
Although the INEC chief admitted that the present situation was enough to be worried about, he was confident that the threats would be brought under control to allow for elections.
“The general security situation in the country and its impact on the electoral process is a source of concern to the commission,” he said. “However, we are confident that with nine months to the 2023 general election, there is enough time to respond to the security challenges and secure the nation for elections to take place nationwide.
“The timetable for the election has also been released. Let us not wait until a few weeks to the election before we realize that time is not on our side and begin to seek for extension of timelines. The time to act is now. We wish to reassure the security agencies that we will continue to work cooperatively with you to ensure the success of all forthcoming elections and electoral activities.”
Source: ChannelsTV

Northern Group Call For Arrest Of Ezeife, Other Igbo Elders
The Coalition of Northern Groups (CNG), on Thursday, lambasted members of Igbo Elders’ Consultative Forum (IECF) and other groups clamouring for the emergence of a president of South-East extraction, saying they are going about their agitation in a wrong manner.
The CNG alleged that the Igbo elders constituted a serious security threat to the country, adding that their recent warning that any attempt to elude the South-East geopolitical zone of the presidency in 2023 would rupture Nigeria’s corporate existence betrayed their desperation. The Northern Coalition, therefore, called for the immediate arrest and prosecution of IECF members led by former Anambra governor, Chief Chukwuemeka Ezeife, for threatening the nation, its institutions and the people.
CNG Spokesman, Abdulazeez Suleiman, while addressing journalists in Abuja, also knocked other Igbo leaders who, according to him, are thirsty for the zone to produce Nigeria’s next President for allegedly seeking to tamper with the nation’s criminal justice system by pressuring for the unconditional release of Mazi Nnamdi Kanu.
It would be recalled that there have been intense political posturing, permutations and fireworks, especially as the eight-year tenure of President Muhammadu Buhari, who is from the North-West, winds down.
However, the clamor for an Igbo President has since resonated with some 18 months to the general elections, especially as the apex Igbo socio-cultural organisation, Ohanaeze Ndigbo Worldwide, has been consistent in its demand for an Igbo President in 2023.
But the CNG argued that the continued resort to attacks on agents and symbols of the Federal Government of Nigeria in the South-East have deepened the fears that the Igbo cannot and should never be trusted with presidential power and rendered their renewed desperation for the Igbo presidency suspect.
Source: Vanguard

Police nab 3 suspected murderers of missing corps member
The FCT Police Command has arrested 3 suspects in connection to the criminal conspiracy and the gruesome murder of Terungwa Stephenie a 26-year-old Youth Corps and resident of City Homes Estate Lokogoma.
Recall that the family of the fair-complexioned lady/Youth Corper was declared missing on April 14 in Abuja, and was later found dead, with her body mutilated. The NYSC had in a statement released on their social media handles, stated that Stephanie Terungwa Edward Achado’s body was found with some of her body parts removed by the killers.
According to the Police in a statement signed by DSP Josephine Adeh, FCT Police Public Relations Officer, “The arrest of the suspected murderers’ was made following the deployment of Tactical and Intelligence assets at the Command’s disposal, attached to the Homicide department of the State Criminal Investigations Department (SCID). “The suspected trio namely; Jenifer Tsembe a 26 years old female, Monday Simon (aka Black) a 36 years old male, and Solomon Abu a male of about 35 years of age, all residents of Oguta Lake Street, Maitama area of the FCT voluntarily stated their involvement in the perpetration of the dastardly act.
“Investigation is ongoing to unravel other groundbreaking facts, while effort has been doubled to apprehend the fleeing suspect(s).
“The suspects will be charged to court upon the conclusion of the investigation.