Super Eagles Kicked Out By Tunisia At AFCON 2021 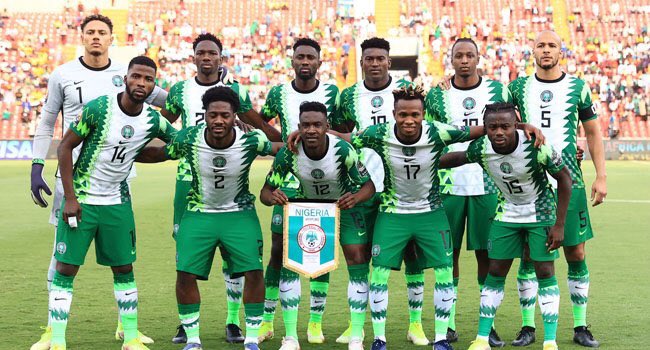 The Super Eagles of Nigeria were tonight kicked out of the AFCON 2021 by the Carthage Eagles of Tunisia in the second round.

The Tunisians scored in the 46th minute of the second half when Youssef M’Sakni shot from outside the box to beat Okoye.

Things got worse for the Super Eagles when Everton player Alexander Iwobi received a red card in the 64th minute, moments after coming in as a substitute.

Just minutes after coming on Everton’s Alex Iwobi is sent off after the referee upgrades his yellow card to a red one following a VAR Review! 😮 pic.twitter.com/bEpQpU6SMJ

The Super Eagles defeat comes as a major upset in this year’s tournament. The Nigerian squad was the only team to get 9 points in the group stages. Many analysts touted the Austin Eguavoen team to reach the final and win the tournament for the fourth time.

Now, the Super Eagles will face the Black Stars of Ghana in the African World Cup play-offs.

The draw promises to be an exciting West African derby between the two African football giants. It would be the first test for the newly appointed Jose Peseiro, who was announced as the Super Eagles coach in December.