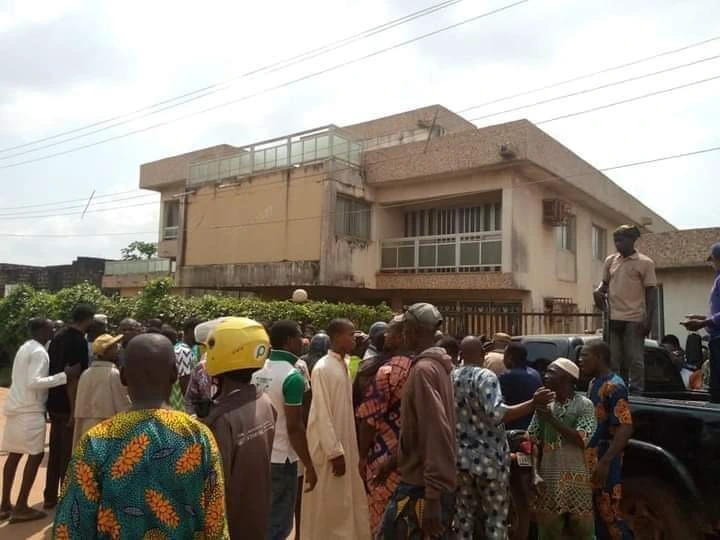 “Sir K Mansion” at Ogunfowora Street, Off Ibadan Road, Oliworo Quarters of Ijebu-Ode, Ogun State, Nigeria was busted by the Officials of Amotekun, Ijebu-Ode Unit earlier in the morning of 26th November 2021. The house which used to be one of the best houses in Ijebu-Ode in the 1980s was built by one of the popular and well-known multi-millionaires in Ijebu-Ode but is now abandoned by the owner and his family and left to be under the watch of a security man.

Surprisingly many of the people in the neighborhood could not believe that the premises had been a secret hideout for carrying out crimes by some young guys who were suspected to be ritualists, and a warehouse for series of stolen items like motorcycles, the majority of which were fairly new and reportedly taken from their owners at gun points.

Some Okada riders who had previously lost their motorbikes to theft and robbery were on the scene to identify their motorbikes and a proprietor of a boutique in the neighborhood whose shop had been burgled thrice in the recent past was also seen identifying his cloth materials. Whether all these were true or false, the officials of the Amotekun have said whoever has proof of identification of some of the items found should come forward to their office with their various evidence.