Gunmen Invasion Of Imo Market: A Warning For Those Calling For Full Demilitarization Of S’East By FG 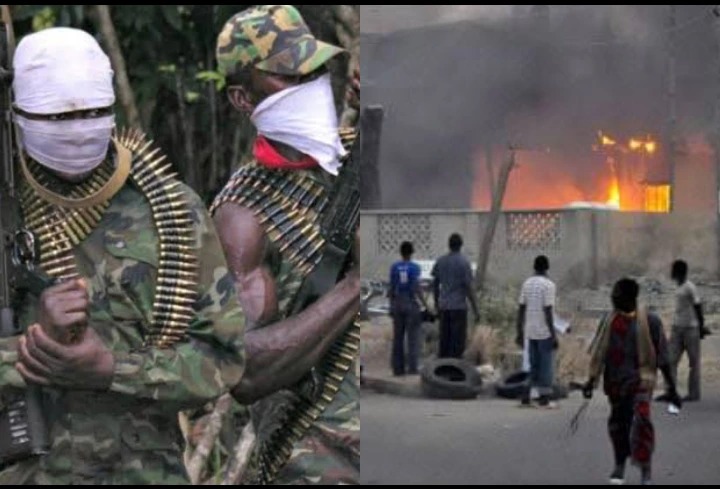 In recent months, parts of the South-East, especially Imo State, has been troubled by the activities of unknown gunmen who have literally turned the region into a mini-war zone.

The group, together with some secessionists, have launched over 50 attacks in the S’East in 2021. A new report by Sahara Reporters has now revealed details of how unknown gunmen struck again, this time at an Imo market, resulting in the death of three persons.

Details of the new attack by unknown gunmen in Imo State.

The incident took place at Anara market in Isiala Mbano local government area of the state around 10 pm on Tuesday, just after the supplementary governorship election in Anambra state was concluded. People who witnessed the attack alleged that the gunmen invaded the market in a white Siena vehicle and immediately opened fire on those around. Another witness also affirmed that nobody knows the true reason behind the invasion of the market.

This attack is similar to the previous attacks launched by unknown gunmen in the South-East. Most times, there are no reports of theft when they attack. They only invade and open fire on innocent residents of the region, raising concerns about their true motive and sponsors.

This attack is a strong warning of what to expect, from those calling for full demilitarization of the South-East.

Recall that before the Anambra election, Dr Chukwuemeka Ezeife, a former governor of Anambra and current Chairman of Igbo Elders Consultative Forum, had, among other requests, urged the Federal Government to demilitarize the South-East. Recall that the military had earlier embarked on Operation Golden Dawn to combat the activities of unknown gunmen and other miscreants that are perpetrating crime in the South-East.

If the FG demilitarized the South-East, unknown gunmen would be free to carry out attacks such as the recent one in which three lives were wasted. Before Golden Dawn was launched, insecurity in the South-East was at such an alarming rate that the possibility of the Anambra gubernatorial election taking place as scheduled by INEC was largely threatened.

Dr Ezeife and others calling for full demilitarization of the South-East should see this new attack as just a little of what unknown gunmen can do in the South-East if they are faced with little or no resistance.