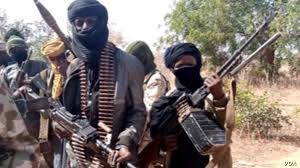 There has been palpable fear in some parts of Taraba State as Emir of Muri Empire, Abbas Tafida, issued a 30-day ultimatum to herdsmen in the state to vacate the forest.

The Emir, who gave the ultimatum on Tuesday after Eid prayers, stated that the headers have been terrorizing residents of the state.

He lamented that the herders who were received into the state, are now kidnapping, killing and raping his subjects.

“Our Fulani herdsmen in the forests, you came into this state and we accepted you, why then will you be coming to towns and villages to kidnap residents, even up to the extent of raping our women?

“Because of this unending menace, every Fulani herdsman in this state has been given 30 days ultimatum to vacate the forests.

“We are tired of having sleepless nights and the hunger alone in the land is enormous and we will not allow it to continue,” the Emir said.

Residents of the state are predominantly farmers who have clashed with herders several times over destruction of crops. Gunmen have abducted Mrs Betinah Benson, the mother of the Secretary to the Bayelsa State Government, Konbowei Benson.

Her abductors were said to be dressed in military uniform.

It was learnt that the SSG’s mother was kidnapped on Tuesday night at her residence in the Old Assembly Quarters, Yenagoa.

The Bayelsa State Police Command has said it will issue a statement on the incident.