Anglophone separatist fighters on Sunday, July 18, 2021 killed five police officers in a bomb attack on a checkpoint in Bali, Mezam Division of the Northwest region of Cameroon.

According to a police source that requested anonymity because he is not authorised to talk on behalf of the police, the carnage was not as a result of a confrontation between the two sides.

“One set of policemen was yesterday morning in the process of taking over from another set at the checkpoint when the separatists appeared from nowhere and lobbed an improvised explosive device at the policemen. It exploded and killed all the security officers on the spot,” the security source said.

“The assailants subsequently carried away the weapons and ammunition of the dead police officers as well as their identification documents, which they are surely going to use in impersonating as security officers,” the source added.

The identities of those killed were given as Major Bikoi, Major Mamdi of the Mixed Intervention Brigade, Major Meng, Major Oba, and Major Temgoua.

The authorities were yet to make a statement about the massacre but the separatists have since claimed responsibility for the killings on social media. 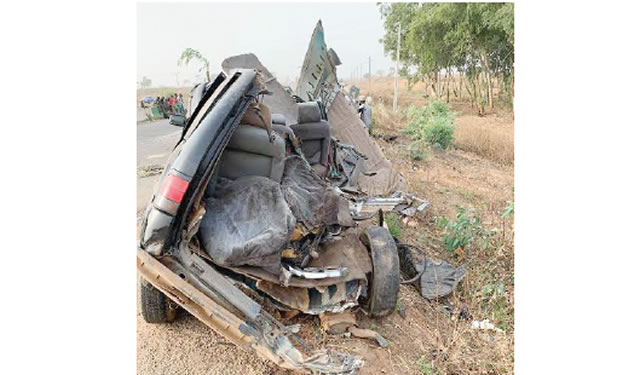 At least 28 people were killed on Monday when a bus packed with people heading home for the Muslim Eid al-Adha holiday in Pakistan crashed into a truck, officials said. The accident happened around 100 kilometers (60 miles) from Multan, in Punjab province. Government official Shezad ul-Islam said 40 people were injured in the accident, and the death toll was likely to rise as some were in critical condition.

Eid al-Adha is one of the biggest celebrations on the Muslim calendar when families slaughter animals and share the meat with the poor. Huge numbers of people have been crossing the country in recent days to return home to their families. Pakistan has a terrible traffic safety record with thousands of accidents a year due to substandard roads, poorly maintained vehicles and reckless driving.