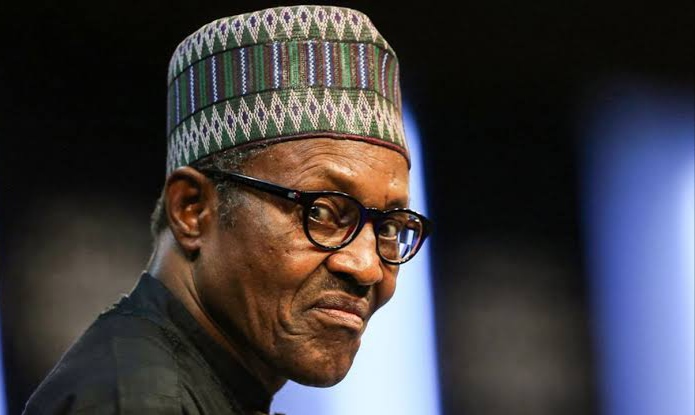 Jitters as 19 die from cholera in Bayelsa

Some residents of Bayelsa State, particularly those living in Yenagoa, the state capital, have expressed fears over the outbreak of cholera.

The Ministry of Health confirmed that no fewer than 30 communities had been hit by the epidemic, which has claimed 19 persons as at Sunday.

A resident of Amarata in Yenagoa Local Government Area of the state, Linda, said their fear was borne out the fact there are many cholera triggers in the area.

She said some parts of community are unplanned, unkempt and unhygienic with sources of water supply nothing to write home about. Another resident, Ebi, warned if the epidemic should get to the community, many persons would be doomed.

It was learnt following the outbreak across 30 communities, Governor Douye Diri had reportedly ordered supply of oral cholera vaccines to stop its spread. Commissioner for Health, Dr Pabara Newton Igwele, said the government has established local governments’ Rapid Response Teams (RRT) to ensure active surveillance and response to any case of acute gastroenteritis or suspected cholera.

The statement explained that the state in partnership with the World Health Organisation (WHO) had also sent vaccines to LGA headquarters and select healthcare facilities to support management of the outbreak.

The commissioner advised the general public to be calm as the government was working at all levels to control and contain the situation as soon as possible.

He added: “The Bayelsa public is also strongly advised to use safe and clean water for drinking and other purposes as well as maintain good personal and environmental hygiene which are critical to prevent and control the transmission of waterborne diseases such as cholera.

“We assure all Bayelsans that with the proper care and treatment given by the state government, the outbreak will soon be a thing of the past and the lives of Bayelsans will be preserved.”

President Buhari has said that he is currently taking “a short rest” in London, United Kingdom, as he wrote a letter to a King in Jordan. According to a statement released by presidential media aide, Garba Shehu, the President disclosed this in a letter he wrote to the King of the Hashemite Kingdom of Jordan, King Abdullah ll Bin Al-Hussein, following the resolution of a recent rift in the royal family.

Garba quoted President Buhari as saying that he felt much disturbed when he heard reports of the problem in the royal family but felt reassured when he learnt that everything had been resolved amicably.

The letter in part reads

“While here in London taking a short rest, I was profoundly disturbed to read from international news agencies of attempts to destabilise the Hashemite Kingdom of Jordan.

Your exemplary leadership since ascending the throne has attracted worldwide admiration.

Relations between Nigeria and Jordan have been excellent and I thank you for the part you have played in this relationship.

‘Your Majesty, I am much heartened that matters have now been resolved and I pray that the Hashemite Kingdom continues to not only remain peaceful, but also a major beacon of hope for the region under Your Majesty’s wise guidance.”

The President left Nigeria on March 31 for his routine medical checkup. He is expected in Nigeria next week.

The measures via executive orders aims to tighten regulations of buyers of “ghost guns”.

These are homemade firearms that usually are assembled from parts and milled with a metal-cutting machine and often lack serial numbers used to trace them. The Justice Department will issue a proposed rule aimed at reining in ghost guns within 30 days, though details of the rule weren’t immediately issued.

A second proposed rule, expected within 60 days, will tighten regulations on pistol-stabilizing braces, like the one used by the Boulder, Colorado, shooter in a rampage last month that left 10 dead.

The rule will designate pistols used with stabilizing braces as short-barreled rifles, which require a federal license to own and are subject to a more thorough application process and a $200 tax.

The gun control measures were Biden’s first since taking office in January.

Biden also nominated David Chipman, a former federal agent and adviser at the gun control group Giffords, to be director of the Bureau of Alcohol, Tobacco, Firearms and Explosives.

Biden was forced to act after the Senate sat on a background-check bill passed last month by the House.

The Republicans remain near-unified against most proposals.

The fashion mogul announced the death of her dad on Instagram today, April 7, as she described her father as the most “prayerful man” she knows.

Read her statement below.

“I keep saying this every day because atimes the world don’t know a lot of peoples struggles because we keep it private and show our strong side to inspire people , you will be shocked to know what some people are going through and they smile and laugh at you daily , life is too short ,live it , yesterday you will be young and strong , the way time flies , it will be tomorrow already and you will be old and weak.

“Live your life to the fullest, live it for you not people , cause when you go they won’t go with you, everyone has a journey they need to embark on and alone , only him Who gives can take anytime, you can’t Question God , share moments with your loved ones and show them you care and love them , cause tomorrow is not promised only today we know , judge less , Be prayerful and Be kind to people , On the last day Your Kindness won’t fail you”

Barcelona striker, Antoine Griezmann becomes a father for the third time with all his children born on April 8 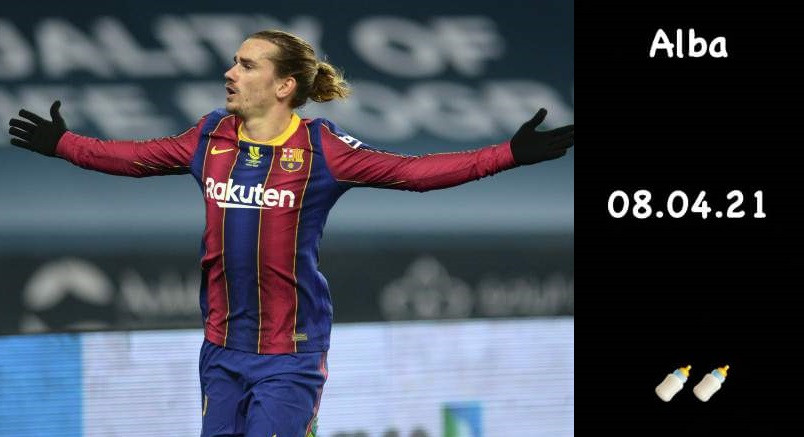 Barcelona forward, Antoine Griezmann and his wife, Erika Choperena have welcomed their third child together, a baby boy named Alba.

The France international, 30, took to his Instagram official page on Thursday, April 8, to announce the birth of his new child with the caption; “Alba 08.04.21 ”

Barcelona striker, Antoine Griezmann becomes a father for the third time with all his children born on April 8

Uniquely, Griezmann’s three children all share the same birthday. The Barcelona star’s eldest daughter Mía Griezmann was born on April 8, 2016, and brother Amaro Griezmann arrived on the same day in 2019.

Davido’s lawyer, Prince reveals the reason why Chioma blocked him on IG

Davido’s friend and lawyer Prince Bobo Ajudua revealed why he was blocked by the singer’s ex-fiancée Chioma.

Prince addressed what possibly transpired between them during a question and answer session on his Insta-stories when a follower asked why Chioma blocked him.

In response, Davido’s lawyer stated that although he has a brother/sister relationship with Chioma, they disagree on many things.

He admitted that Chioma has repeatedly blocked him on Instagram. According to him, he doesn’t know why she recently blocked him again but hope to find out soon.

She’s blocked me before like 2 to 3 times. We argue a lot but I come with a brother/sister relationship. She’s legit like a sister to me (when we are not fighting). This particular one, I’m not sure. Let’s hope I find out soon.

“The funny thing is whenever we fight and I report to David, he’s like ‘I beg you people shouldn’t involve me in your wahala. Sha finds way settle am, she’s your younger sister.”

The church members were abducted on the Kachia-Kafanchan highway while travelling in the church’s bus last Friday, March 26.

It was gathered that the victims were transferred to another vehicle by the bandits who zoomed off to an unknown location, leaving behind the church bus.

Giving an update on his Twitter handle, the RCCG’s General Overseer, Pastor Enoch Adeboye, announced that they have been released.

“Today I got the exciting news that our brethren who were in captivity of kidnappers have all been released and taken to the Hospital for checkup and tests. Glory be to Jesus.”