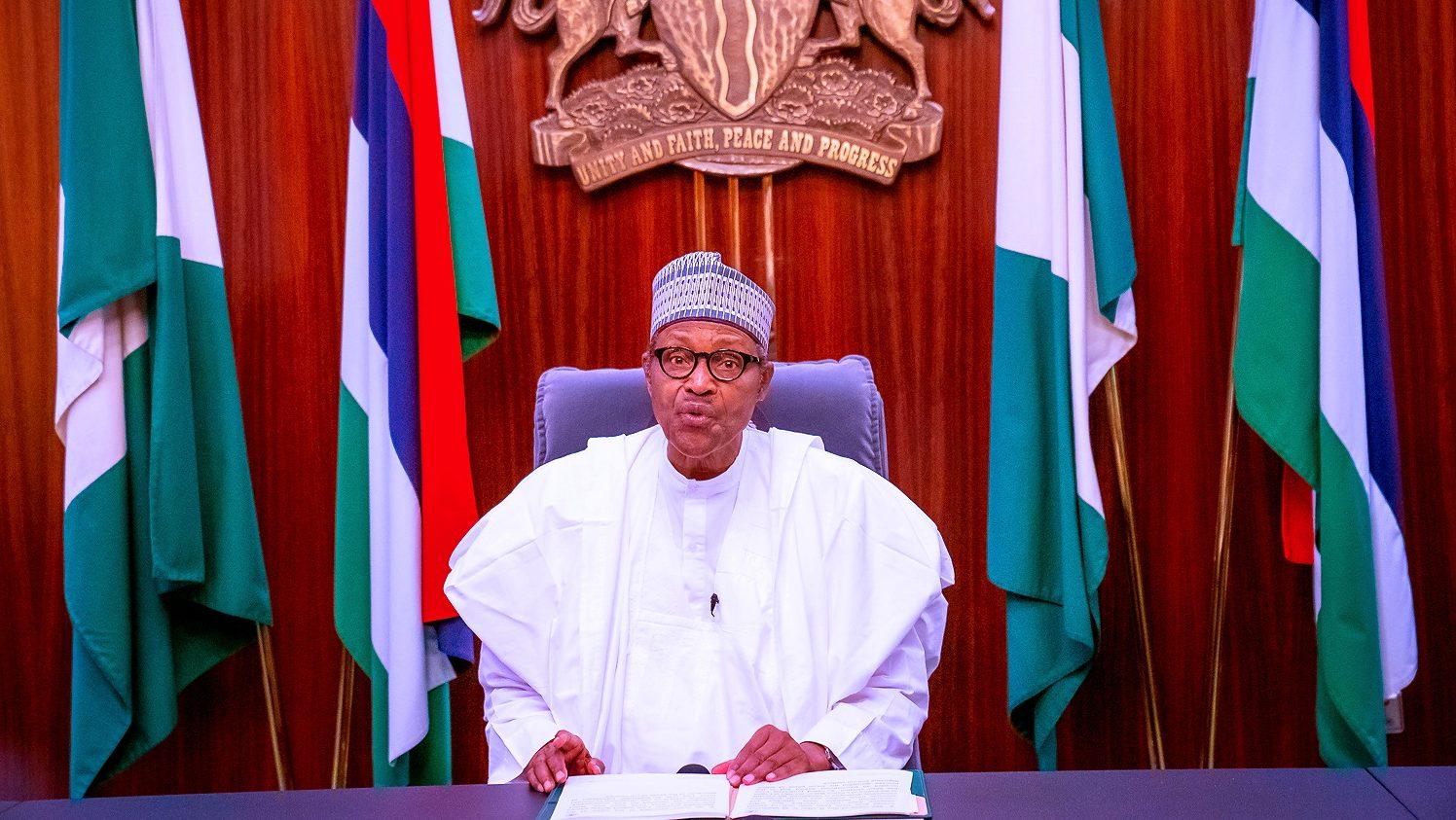 COVID-19: Nigeria struggling to cope, January will be tough -FG

The Federal Government has explained its helplessness in the face of gross violations of COVID-19 safety protocols, saying the nation’s health system is currently struggling to cope with the increasing number of infections daily. While it projected that January 2021 would be tough in terms of managing the pandemic due to continued safety violations during the Yuletide, it announced its decision to confiscate 100 international passports of travellers who evaded the Day 7 post-arrival PCR test.

This came as the Federal Capital Territory Administration FCTA threatened to shut down markets and other business ventures in the territory for violating the safety protocols. READ ALSO:SOS: Baby Shalom seeks N7.5m for corrective heart surgery Speaking at Tuesday’s briefing of the Presidential Taskforce PTF on COVID-19, Director General of the Nigeria Centre for Disease Control NCDC, Dr. Chikwe Iheakwazu said Nigeria would next month pay the price of violating the protocols during the festivities.

“We just faced the worst week since we started responding to this outbreak. We had more cases in Nigeria last week than in any other previous week since the beginning of the outbreak. “Pictures and videos from across the country paint a very disheartening situation because it appears that our messaging, our appeals to Nigerians over the last few months have not been heeded and we have gone ahead with business as usual. Events centres are full, social activities are full and so it is no surprising that cases are rising.

“January will be a tough month, no doubt about it. So, we have to brace ourselves for the consequences of the activities that we have decided to carry out in December. Our colleagues, the Chief Medical Directors CMDs are here today because of the pressures that we face across the country. Our treatment centres are filling up, we are struggling to keep up, we are struggling to find the facilities and oxygen to manage. Every night we are faced with phone calls of patients desperate for care. So, unfortunately, January will be a tough month for all of us. It will be tough but we still have an opportunity to do what we need to do, liaising with state governors to be more purposeful in implementing the measures that we have collectively agreed on.

We have seen some of them doing that but many of the states in the country haven’t and pretend as if there will be no consequences. This is the reality we face and so we have got to brace ourselves for January”, he stated. Iheakwazu added that in terms of the new variant of the virus, there is no change in presentation of symptoms except that it is more transmissible which would mean more cases including critical ones, and the possible increase in case fatalities. Minister of State, Health, Dr. Olorunnimbe Mamora lamented the growing wave of misinformation in the country warning Nigerians not to self-medicate.

Achief in Delta State, Ogbe Onokpite, was handcuffed, blindfolded and killed by some policemen attached to the Warri Area Command of the State Police Command.

SaharaReporters learnt that youths in Warri, under the Urhobo New Face Youth Association, angered by the killing, petitioned the Inspector-General of Police through their Attorney, Eriata and Partners, to demand justice for the deceased.

The petition, dated February 7, 2012, was received by the police. Subsequently, the command wrote two reports, with the police itself confirming that Onokpite was killed in the Area Commander’s Office, in Warri.

A fatal accident, involving a Luxurious bus and a Toyota Sienna, Tuesday claimed 15 lives at Alifekede, along the busy Benin/Onitsha expressway in Ika South Local Government Area, Delta State. A reliable source said the Luxurious bus ran over the Sienna car which was reportedly driving against traffic, lamenting that the accident caused pandemonium in the community.

The source said five persons were brought out dead from the damaged vehicles, some others were brought out unconscious while some sustained serious injuries and were rushed to the hospital. According to the source, another 10 passengers were confirmed dead at the hospital by Doctors, adding that officials of the Federal Road Safety Corps, FRSC were involved in the rescue operations. The Head of Operations of the Delta State Command of the FRSC, Mr Bakare Adesina, who confirmed the incident, could not, however, give further details as at press time.

On 28th October 2019, Pastor Tunde Bakare said the following, “Tinubu will give account for all his deeds. He should not be seen as a generous man, he is an integral part of the rot in Nigeria”.

This is a robust condemnation of a man that has been variously described as the ‘Lion of Bourdillon’, the ‘Jagaban of Borgu’ and the ‘Asiwaju of Iragbiji’ and the words reflect the utter contempt that Bakare has for him.

Curiously, just one year and two months later, on 20th December 2020, the same Tunde Bakare changed the music and said the following about the same man.

He said, “People should see Tinubu as a Yoruba hero, he shouldn’t be vilified. Like Jephthah the Gileadite, he has fought many battles on behalf of the Yoruba people and won despite his rough beginning and God does not need anybody’s permission to put such in his hall of fame despite their past deeds and ancestry. Despite his growing up challenges, the dents and the detours of his life, he like Jephthah delivered Lagos State and nearly all the southwest states from the onslaught of the PDP from 1999 to 2007. Truth be told, without his cooperation and political dexterity, the APC victory at the polls in 2015 and 2019 would have been impossible.

The President of, Christian Association of Nigeria (CAN), Rev. Samson Ayokunle, has urged churches in the country to follow strictly the COVID-19 protocols and additional directives by the relevant state government authorities as they prepare for the crossover night service. Ayokunle, who noted that the second wave of the COVID-19 was fast-spreading, said the total ban on crossover night service by some state governments was a necessary sacrifice to put an end to the pandemic once and for all. He added that CAN supports any decision of the government that would promote the progress and development of the country.

In a statement he signed, the CAN President said: “We understand the unfortunate state COVID19 infection has put everybody world over which caused some state governments to place a total ban on crossover night service and we are not happy that we would not be able to enter into the new year prayerfully in joint fellowship with our brothers and sisters. “We, however, urge you all to abide by the directives of each state government on this to prevent the spread of the infection. No sacrifice is too much, in order to put an end to the pandemic once and for all. “We advise that, where the government places an embargo on the Crossover Night service, churches may meet earlier to praise and give God praises for the gift of life despite the pandemic and to place their requests for 2021 before God.

The Education Secretary of the Deeper Life High School, Thelma Malaka has given an update on the sexual assault of a student of the school, Don Davis, in Akwa Ibom.

The mother of the JS1 pupil, Deborah Okezie had called out the management of the school over the alleged sexual assault on her son who recently enrolled in the school.

Thelma Malaka in the update given by the school however stated that the office of the governor of Akwa Ibom is already in charge of the investigation and the findings will be made known to the public. 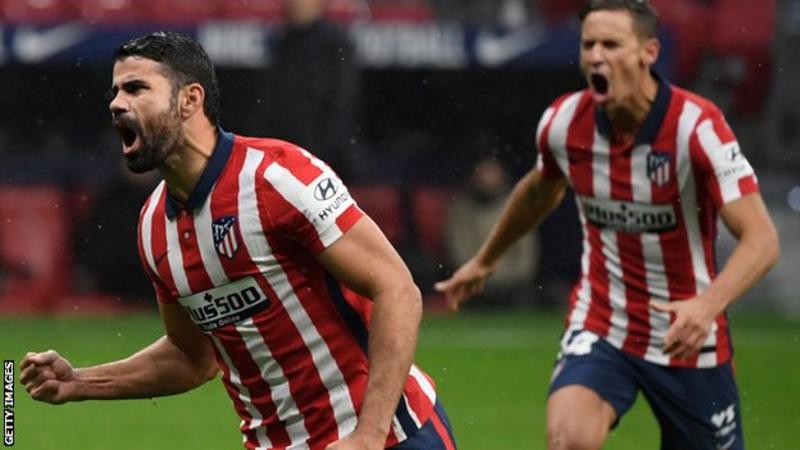 Spain striker Diego Costa is a free agent after Atletico Madrid agreed to end his contract early, paving the way for a possible Premier League return.

The 32-year-old, whose deal was due to expire next summer, fell out of favour at the Spanish club.

He has made only three appearances, all as a substitute, since mid-October.

“The striker asked to leave the club for personal reasons a few days ago and on Tuesday signed the termination of his contract,” said Atletico.

“The club thanks Diego Costa for his dedication during these years and wishes him well in the next stage of his professional career.”

Luis Suarez and Joao Felix have been preferred to Costa up front this season.

Arsenal and Wolves have been linked with moves for Costa, who won two Premier League titles during his three-season stint with Chelsea.

Costa scored 59 goals in 120 games for Chelsea, but his spell ended in acrimony after then manager Antonio Conte told him via text message that he was not part of his plans for the following season.

Costa refused to return to Chelsea from his home in Brazil after being told to train with the reserves.

Atletico are top of La Liga, ahead of Real Madrid on goal difference with two games in hand.