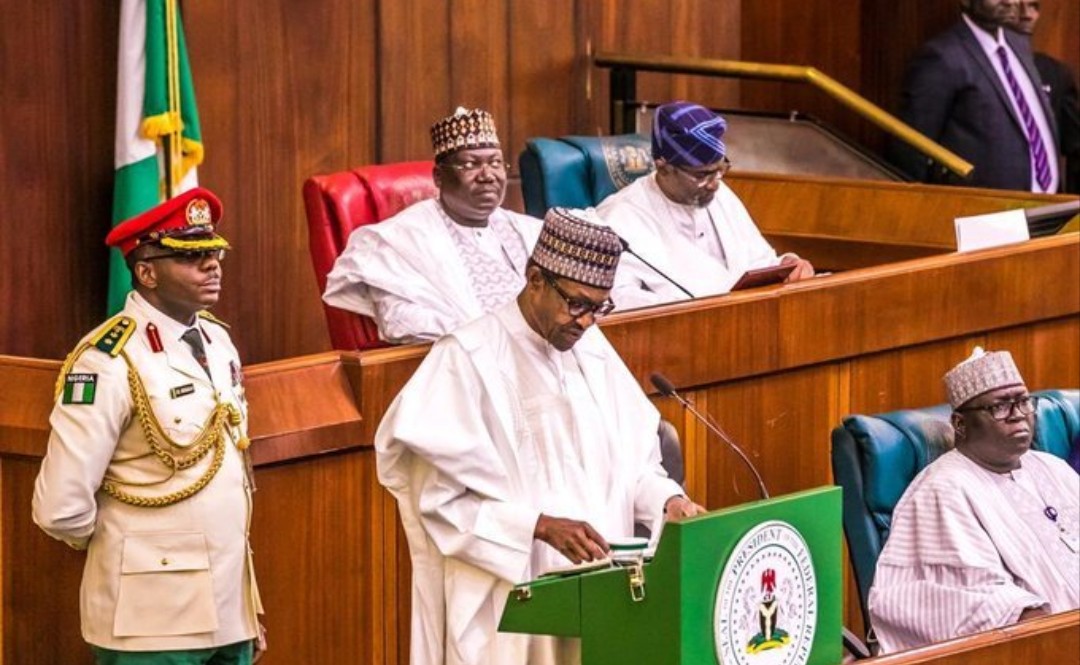 The National Assembly has transmitted the 2021 Appropriation Bill of N13.5tn to the President Muhammadu Buhari for assent.

The Senior Special Assistant to the President on National Assembly Matters (Senate), Senator Babajide Omoworare, disclosed this on Monday.

Omoworare said, “The Appropriation Bill has been transmitted by the National Assembly to Mr President in conformity with the provision of Section 59 of the constitution.

The bill is presently being looked at by Mr President and consequent action will be taken in due course.” The Police Command in Niger says 23 persons lost their lives when a truck fully loaded with dozens of cows and 45 persons, skidded off the road and somersaulted into a bush.

The accident occurred at about 0500 hours along Bokani -Makera road in Mokwa Local Government Area of the state, according to the Commissioner of Police, Mr Adamu Usman, who confirmed the accident to the News Agency of Nigeria (NAN) in Minna, on Monday.

Usman said the truck, with registration Number BBJ 666 XA, was coming from Dadin Kowa, in Kebbi state, enroute to Lagos when the incident occurred, explaining that the corpses of the deceased, and the other 22 who sustained various degree of injuries, had been conveyed to the Mokwa General Hospital for postmortem and treatment respectively. The cause of the inferno which broke out on Monday has yet to be ascertained and it was said to have lasted about two and a half hours.

In an interview with Channels Television, the Chairman of the United Marketers’ Association at the market disclosed that the fire started around 2:30am and could not be put out until 5am.

An eyewitness explained that there was a power outage at the time when the incident happened. In a development that shocked many members, five party chieftains, including a former PDP state chairman and a current House of Assembly member, Ebenezer Alabi and Rasheed Elegbeleye respectively, were suspended last Tuesday, shortly after the rebuilt party secretariat was commissioned in Akure.

Their suspension is deemed an aftermath of a visit to the Lagos State residence of the ex-governor of Ekiti, led by the two PDP senators in Ondo State, where they declared unalloyed support for Fayose in his battle lead the party in the Southwest.

Notorious Bandit, Others Killed As Rival Gangs Clash In Kaduna Security agencies in Kaduna State have confirmed the killing of a notorious bandit, Nasiru Kachalla, in a clash between his gang and a rival group of bandits.

Kachalla had been on the run for masterminding several criminal acts, including kidnappings, killings, cattle rustling, and banditry in parts of the state.

The Kaduna State Commissioner for Internal Security and Home Affairs, Samuel Aruwan, confirmed this in a statement on Monday.

Mexican singer-songwriter Armando Manzanero died Monday at the age of 86 after being hospitalized with the coronavirus, sparking an outpouring of tributes for one of the country’s best-loved musicians.

The composer of romantic Latin ballads, who became the first Mexican to receive a Grammy lifetime achievement award in 2014, suffered a cardiac arrest, his publicist told AFP.

Manzanero’s songs are known across Latin America and have been covered or adapted by international stars including Frank Sinatra, Christina Aguilera, Andrea Bocelli and Elvis Presley.

Tension in Enugu community over killing of monarch by ‘police’ Oruku community in Nkanu East Council, Enugu State, is under tension following the killing of its traditional ruler, Igwe Emmanuel Mba, by armed men who claimed to be ‘policemen’ from the Force Headquarters (FHQ), Abuja.

Led by one Inspector Danladi, the assailants also took away one Mr. Agozie Ani from the Oruku Townhall where the deceased monarch was addressing the natives.

According to a witness, the armed men invaded the meeting venue in a sport utility vehicle and Toyota Sienna about 2p.m. on December 26, 2020 and sought to see the royal father.

They were reportedly led to the town hall by three natives identified as Emmanuel Nwobodo, Onyema Edeh and Sunday Onunze.