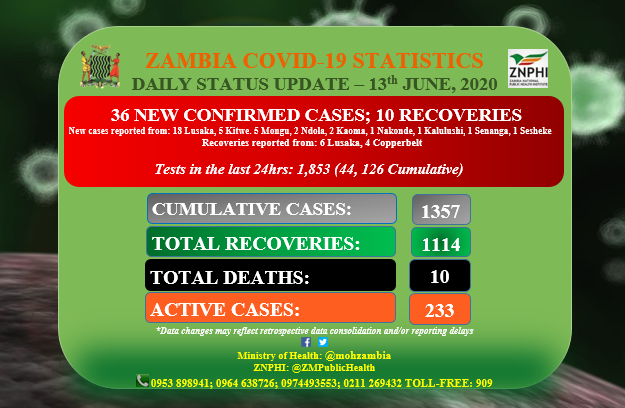 New reported cases include 18 from Lusaka, 5 from Kitwe, 5 from Mongu, 2 from Ndola, 2 from Kaoma, 1 from Nakonde, 1 from Kalulushi,1 from Senanga, 1 from Sesheke while Recoveries reported include 6 from Lusaka, and 4 from the Copperbelt.