I Challenge You To Apologize, Chellah Tukuta Fires Back At Bowman Lusambo [VIDEO] 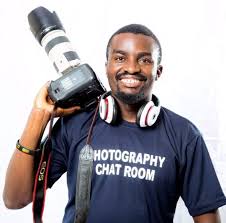 Chellah Tukuta has responded to Honourable Bownan Lusambo over his demand that Tukuta, and certain others apologize to the President of Zambia within the next 24 hours.

‘’Sir, before you say something, you need to do your research, you did not do your research very well, not everyone who speaks out against the president is being baited by the opposition.”

“…and Sir, do not instill fear into people when they speak out, that’s an infringement on human right,” Tukuta says.

Tukuta in a video published online says the Honourable Minister has got his facts wrong about the criticisms of President Lungu being a politically motivated one.

Tukuta also corrected Lusambo about calling him a cameraman: ‘I’m a photographer not a cameraman, I challenge you to apologize for that,’ Tukuta highlights.

Chellah says they are not in the Kaunda times where people are threatened, reminding Lusambo that he was in charge of documenting President Lungu countrywide in 2015 when he was being ushered into office.

Chellah tells Lusambo that he won’t be apologizing for anything. He says the person who loves the president will tell him the truth when he goes wrong.  Chellah goes on to say that leadership calls for humility and not using the position of power to threaten citizens says leadership is meant to inspire citizens.

He goes on to remind Lusambo, bragging about doing Zambia proud, winning multiple awards, putting the country on the map.