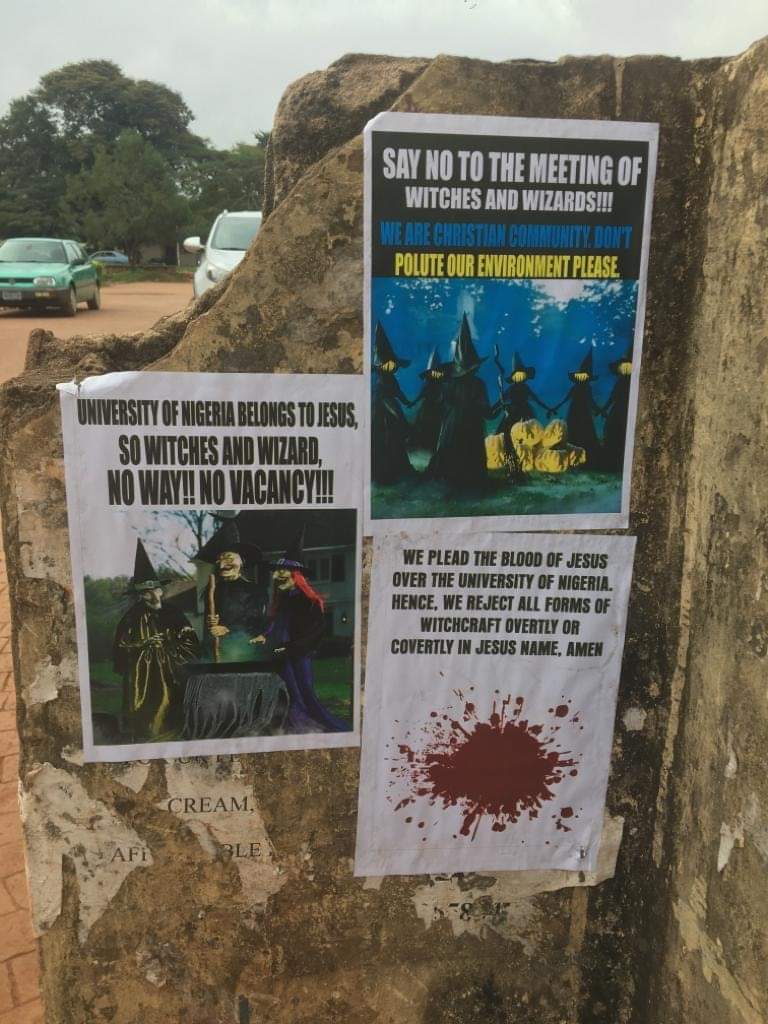 Innocent Enweh, a Catholic priest, said the opening prayer at the University of Nigeria, Nsukka (UNN) conference on witchcraft.

The two-day conference, being organised by Professor B.I.C Ijomah Centre for Policy and Research in UNN,  began on Monday after intense opposition. TheCable had reported how various groups, including the Christian Association of Nigeria (CAN) and the Pentecostal Fellowship of Nigeria, kicked…READ MORE>>>

Two village heads, the chairman of a vigilante group and two other persons have been killed by suspected gunmen in Karim Lamido local government area of Taraba state. The bandits about 30 in number and armed with AK47 invaded two communities and killed the village heads of Bilango 1 and  Bilango 2 in Old Muri chiefdom…READ MORE>>>

The Presidency has rejected the insinuation that former President Goodluck Jonathan was blackmailed to trade-off Bayelsa State in the just concluded gubernatorial election.  Former Jigawa State Governor, Sule Lamido, had alleged in an interview with a national daily that the former president traded off the state to the All Progressive Progress (APC) for his freedom from prosecution in the ongoing Malabo oil…READ MORE>>>