It’s Going To Be A Major ‘Concert’ At The State House Today, And It’s All For Lungu 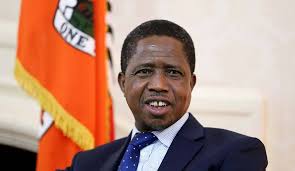 Edgar Chagwa Lungu (born 11 November 1956) is a Zambian politician who has been the President of Zambia since January 2015. Under President Michael Sata, Lungu served as Minister of Justice and Minister of Defence. Following Sata’s death in October 2014, Lungu was adopted as the candidate of the ruling Patriotic Front in a Convention of the Patriotic Front in Kabwe, for the January 2015 presidential by-election, which was to determine who would serve out the remainder of Sata’s term. In the election, he narrowly defeated opposition candidate Hakainde Hichilema and took office on 25 January 2015.

Lungu was elected to a full presidential term in the August 2016 election, again narrowly defeating Hichilema. Hichilema initially disputed the election result and filed a case at the Constitutional Court to nullify the result. On 5 September, however, the court dismissed the case. Lungu was sworn in for his first full term on 13 September 2016.