Gani Fawehinmi: 5 Things To Remember About The Human Rights Crusader 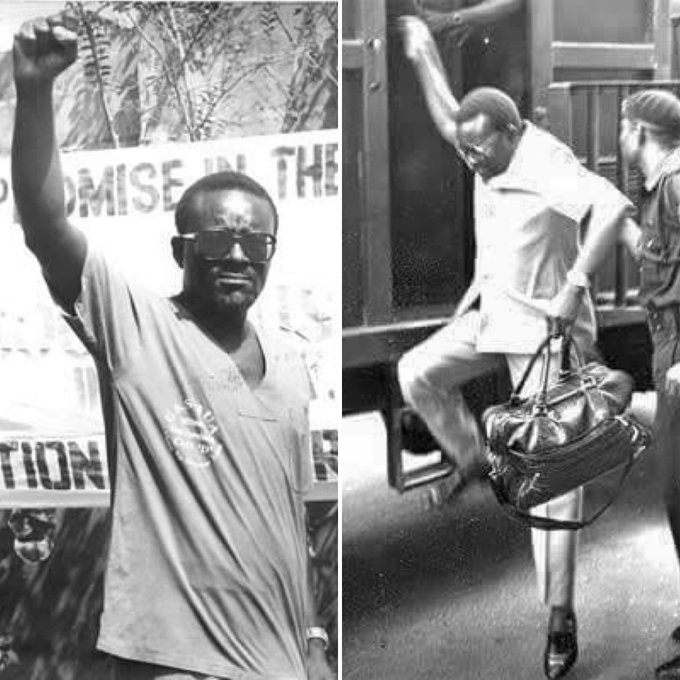 He was a selfless erudite man who strove to ensure the society was a better place for everyone especially the less privileged and downtrodden.

In this article we ram up ten great things to note about the human rights crusader and champion:

Fawehinmi, who died at 71 on September 5, 2009, after a prolonged battle with lung cancer, was known as a man who challenged the powers that be whenever he felt they trampled on the rights of the masses. Because of the poor state of the nation, he once refused a national honours award, the Order of the Federal Republic, which was to be conferred on him by then President Umaru  Yar’Adua.

Gani Fawehinmi was a firm believer in the use of non-violent means in fighting societal perceived injustice.

He was a classical example of using the law to fight his many battles, most of which were about the ordinary people.

Gani Fawehinmi was the founder of the National Conscience organisation, a human rights-focused movement committed to fighting for the economic rights of the downtrodden.

The organisation later metamorphosed into the National Conscience party on October 1, 1994.

This was in defiance of the military decrees which banned party formation.

Gani declared his presidential ambition in 2002 on his 64th birthday. In 2003, he ran for president as the NCP candidate.

Gani Fawehinmi was a thoroughbred lawyer. He was the founder of the Nigerian Weekly Law Report, which he founded on October 1, 1985, which was unprecedented in Africa at the time in terms of content.

Gani’s many legal works of which he wrote some and others edited include:

Nigerian Law of Habeas Corpus (1986)
Nigerian Law of the Press under the Constitution and the Criminal Law (1987)
The Bench and the Bar in Nigeria (1987)
The murder of Dele Giwa: the Right of a Private Prosecutor (1988)
Courts’ System in Nigeria: A Guide (1992)
Human Rights Law Reports of Africa (1998)
The Struggle for Genuine Democracy in Nigeria – Thirty Days of Civil Rule in Nigeria (Post-May 29, 1999) What Hope for Democracy? (1999)

Finally, Gani Fawehinmi was a great philanthropist who had a great passion for the marginalised in society. This often led him to render services without charging fees for the downtrodden.