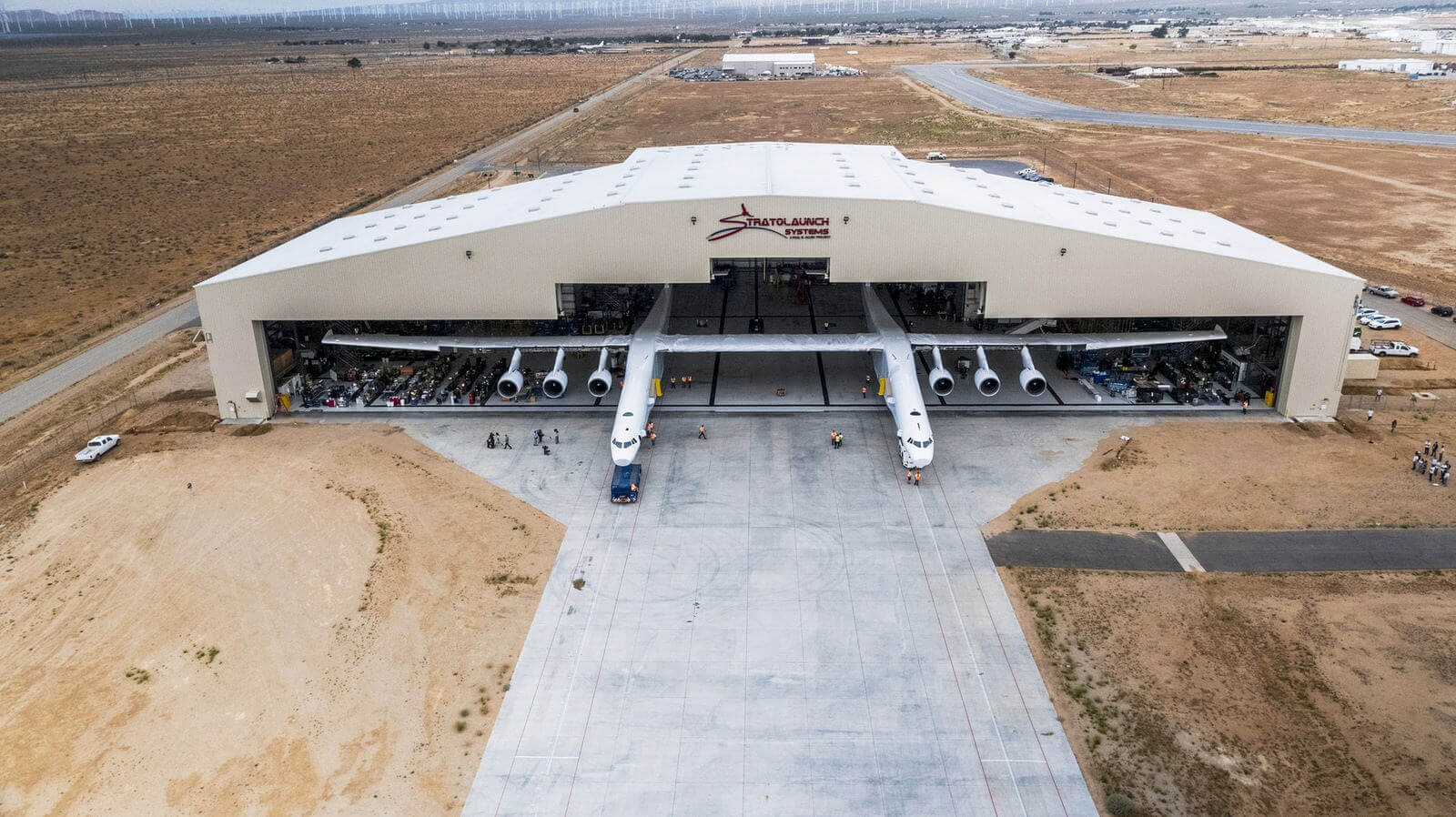 A giant aircraft with the world’s longest wingspan has landed after its first ever flight. The twin-fuselage Stratolaunch jet landed two hours after taking off from Mojave Air and Space Port in California. 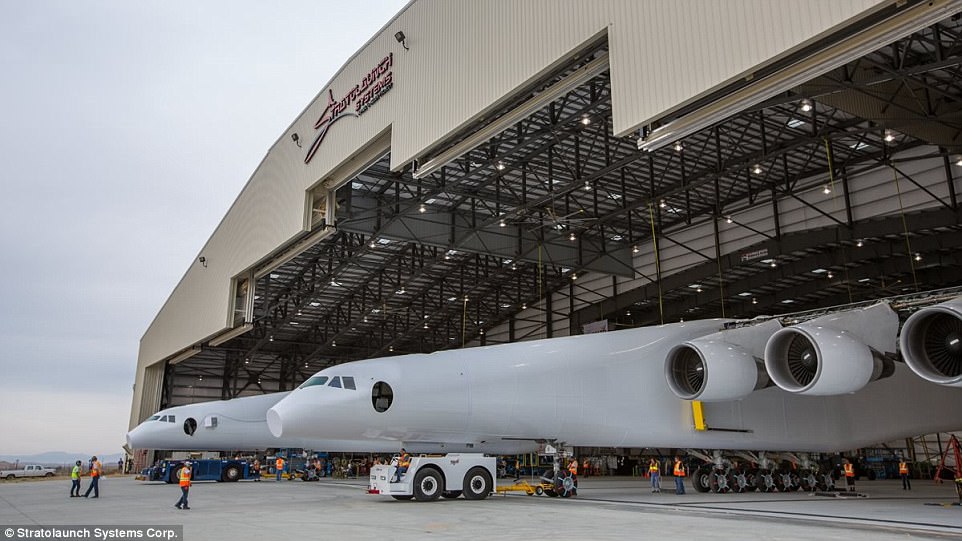 The company said the jet hit altitudes of up to 17,000 feet above the Mojave Desert while performance and handling qualities were evaluated.

CEO Jean Floyd said the aircraft made a “spectacular” landing, adding it was amazing to “watch this majestic bird take flight”.

Established by the late Microsoft co-founder Paul Allen, Stratolaunch is vying to be a contender in the satellite launch market. Mr Allen died in October 2018.

The aircraft is designed to release rockets attached to the centre of its enormous wing, which stretches 385 feet from tip to tip.

World’s largest aeroplane coming in for its first landing ?

The twin-fuselage plane, called the Stratolaunch, flew for about two and a half hours over the Mojave Desert in Southern California, reaching a speed of 189 miles per hour and an altitude of 17,000 feet in its maiden voyage, the Stratolaunch team said.

“The flight itself was smooth, which is exactly what you want the first flight to be,” Evan Thomas, a test pilot with Scaled Composites who flew the Stratolaunch, said at a news briefing. “And for the most part, the airplane flew as predicted, which is again exactly what we want.”

There have been concerns about how Stratolaunch’s business will work once it takes on customers, with some questioning whether a trend toward smaller satellites would dampen demand for such a large plane. Even so, the flight on Saturday was billed as a milestone and an engineering marvel. 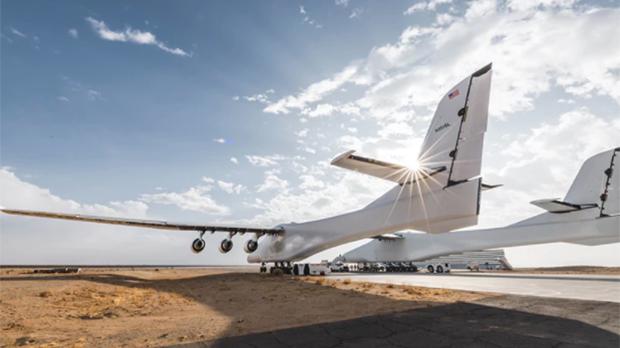 Stratolaunch said that by launching rockets from the air, it can “circumvent bad weather, air traffic and other variables that cause delays with traditional ground launches.”

Executives have also said the plane can easily move to areas that are better suited for launching satellites into certain orbits, although it needs a landing strip that can handle its great size.