BIG QUESTION! How to Answer A Lady When She Asks, ‘Why Do You Want to Date Me?’ 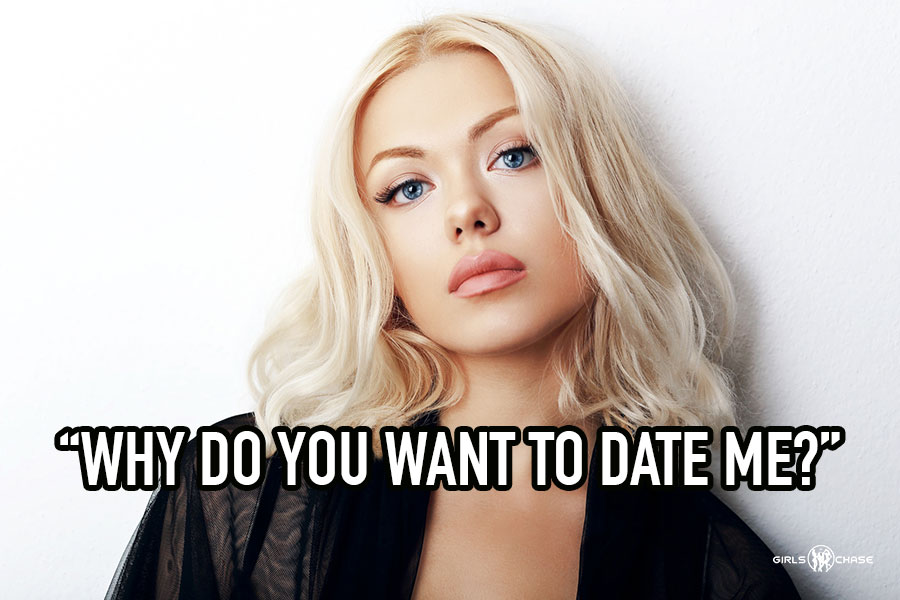 At this point you are probably wondering how to answer the question without being serious or giving a specific answer. Keep on reading, bud. Pandora’s box is about to get opened. The first step I usually take before giving an answer is to just joke around. Sometimes when the girl’s concerns aren’t that serious, that does the trick. The girl who thinks you’re expecting quick and fast sex is often reassured when you show a more humorous side by not giving any serious, sexual answer; and the girl who expects light, fun sex is also happy to see that you don’t show any emotional involvement. Gold-diggers and social climbers, however, are NEVER satisfied with a humorous answer, and neither are girls with more serious concerns.

Schema of the right answer:

Regarding gold-diggers, this answer can seem just fine for them: as you express that you don’t exactly know what’s going to happen, she retains good hopes for running her own plans. But with those girls, you should be able to screen them with the general context and turn them down as fast as possible, at least if you don’t want gold-diggers in your life.
So follow the steps, avoid the don’ts, and keep on being in control and feeling honest from the beginning to the end!