You’ve Been Doing All Wrong All This While! Watch This Video To Know How To Put A Cond*m On Your Man Properly 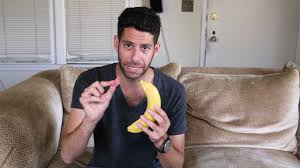 Do you know how to put a condom on your man? Or do you just leave him to it and lie there waiting? Don’t get us wrong, there’s nothing wrong with allowing your man to wear his condom himself. And you should leave him alone to do this once in a while so it doesn’t look like you don’t trust him. However, it will be much more exciting for you both if you help him put on the condom once in a while.

Think about it; the condom wearing process can be so awkward. You get to a point in foreplay, then he stops everything to wear the condom and you’re just there looking. If you’re the shy type, you might even try not to stare so you’ll look away. Somebody say “Awkward!” If you want to avoid that awkwardness, then you should know how to put a condom on your man the right way. Follow these steps to get it right:

Biko don’t use your teeth or your acrylic nails o! If you use force to tear the pack, you could poke a hole in the condom, and you already know what that means for your destiny in nine months.

Bring out the condom and make sure the tip is facing up.

Put it on the penis

Gently hold the tip of the condom to make space for semen and then, starting from the tip, roll the condom down to the bottom of the penis.

You’re all done! That was easy wasn’t it? Now you know the right way to put a condom on your man. In case you need more information, watch the video below.