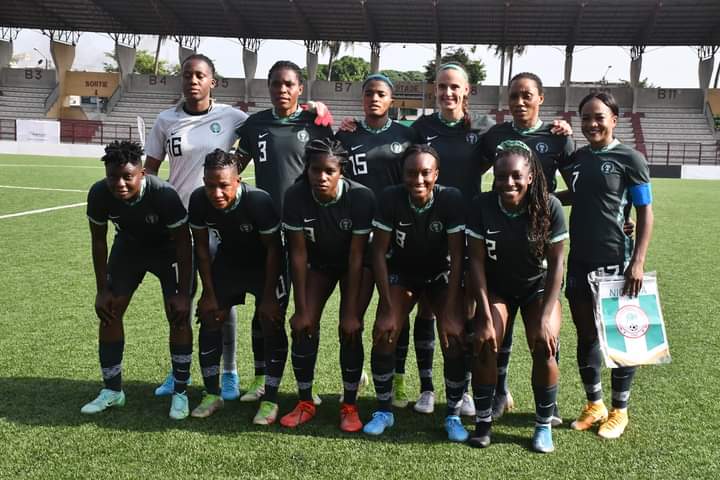 A goal in the 88th minute by Esther Okonkwo was enough to send Super Falcons through to the 2022 Women’s Africa Cup Of Nations in Morocco.

The Super Falcons book their spot at the WAFCON after a one-nil win over Cote D’Ivoire in the return leg. Half time at the Stade Robert Champroux stood goalless with the Lady Elephants dominating proceedings.

Earlier in Abuja, the Falcons courtesy of a brace from Ifeoma Onumonu won the first leg two-nil. Nigeria won the game despite huge pressure from the Ivorians as goalkeeper Chiamaka saved a penalty in the first half to keep Nigeria in the game.

Goalscorer, Esther Okoronkwo, was earning her second cap for Nigeria.

Coach Randy Waldrum made two changes to the team that won the first leg with Francisca Ordega and Regina Otu replacing Abadi and Payne. Ordega thought she had given Nigeria the lead halfway into the first period, but the referee ruled it out.

Victory over the Lady Elephants was sweet revenge as they stopped the Falcons on the road to the Tokyo Olympics.

Super Falcons are the defending champion of the CAF Women’s AFCON after defeating South Africa two years ago in Ghana.

Meanwhile, the Africa Women’s Nations Cup in Morocco will serve as a qualifier for the FIFA world cup.