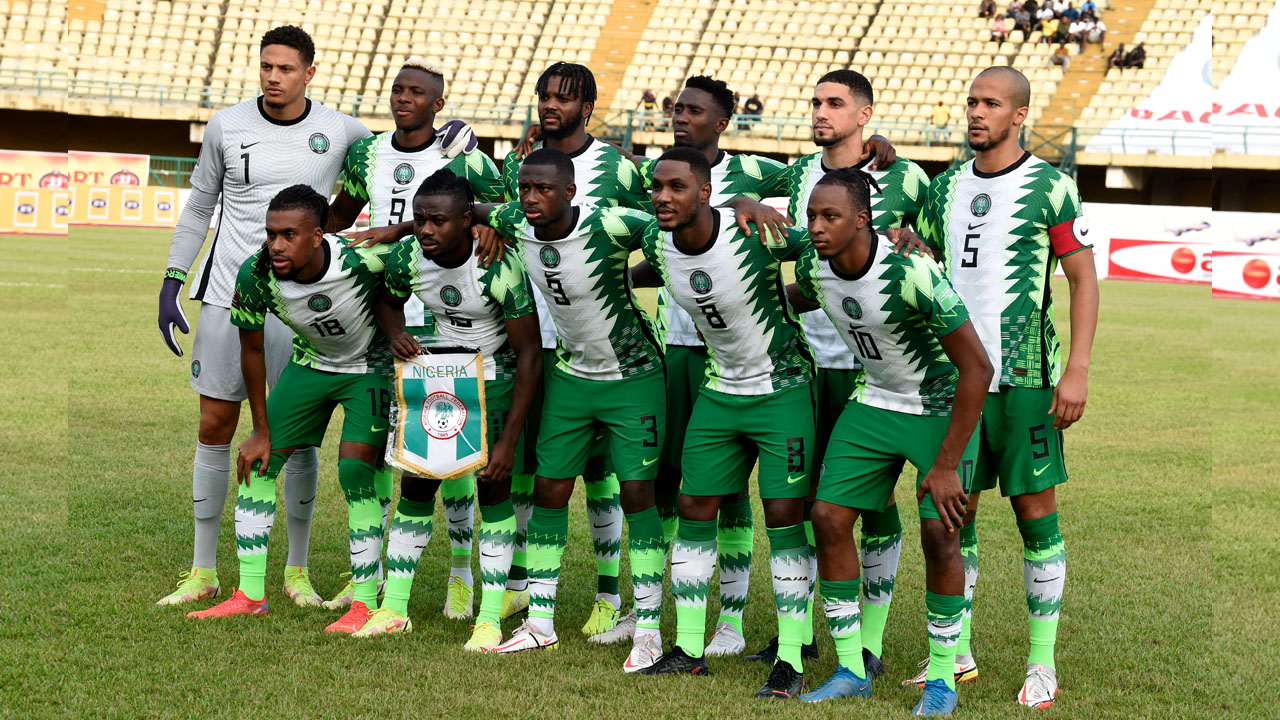 The super eagles of Nigeria have moved up two places in the latest FIFA ranking for the month of January 2022.

The team is now 3rd in Africa, and 32nd in the FIFA world ranking released.
Nigeria won three straight games in the group stage of the 2021 Africa cup of Nations in Cameroon before falling to Tunisia in the Round of 16. Before moving up, the super eagles were previously number five in Africa with 1478.78 points.
The three wins added a total of 31.13 points to the eagles, moving them to a total of 1509.91 points.
The last time Nigeria was in a similar position was in August 2014, ranked 33rd in the world, 3rd in Africa.

African champions, Senegal retained the number one position while Morroco also moved up from fourth to number two in Africa.
Meanwhile, 2019 African champions, Algeria fell out of the top five in Africa after a dismal outing in Cameroon.
The desert foxes are now in the seventh position and 43rd in the world.

Belgium is still the number one footballing nation in the world, holding on to the first spot.

The Belgians are followed by Brazil in 2nd and France in the third position to make the top three.