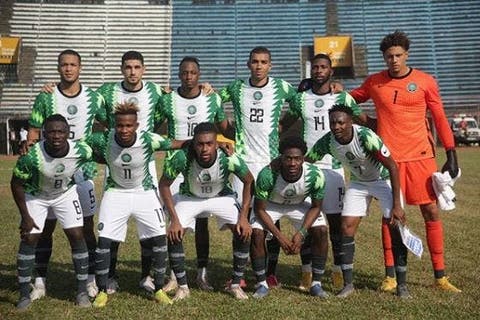 Union Berlin striker Taiwo Awoniyi will lead the line for the Super Eagles as they take on Tunisia’s Carthage Eagles in their 2021 Africa Cup of Nations second round clash at the Roumde Adjia Stadium this evening.

Former Manchester United and Three Lions talismanic defender Rio Ferdinand has shown support for the Super Eagles of Nigeria ahead of their round of 16 clash against Tunisia.

Ahead of the game tonight, the former Manchester United’s record signing and England legend took to Twitter to show support for the three-time AFCON Champions.

The Super Eagles have the upper hand, especially in recent times, beating them at the 2019 AFCON to secure bronze in the third-place match.

The Tunisians are also short staffed, as twelve of their players, including their star man Wahbi Khazri, have been ruled out of the tie due to Covid-19.