Teslim Balogun Stadium Ban : A Need For A Permanent Nest For The Super Eagles 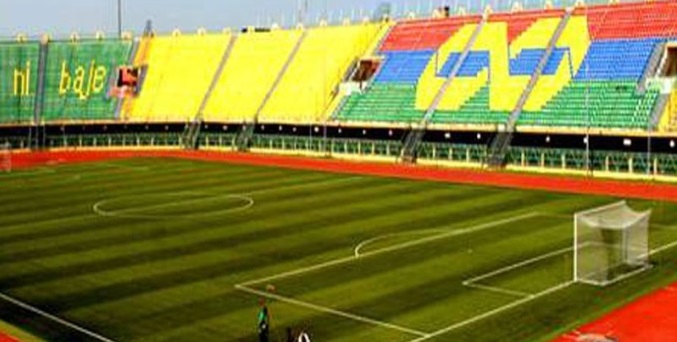 The Super Eagles have been rendered ‘ homeless ‘ as the Confederation of Africa Football (CAF) declares the Teslim Balogun Stadium, the newly adopted ‘nest’ of the team, as unfit to host its matches and won’t host the important 2022 FIFA World Cup qualifying playoff billed for March 2022.

CAF suggested the re-grassing of the stadium which served as home to the team during the second round of the 2022 FIFA World Cup qualifying series, among other recommendations before it could meet the requirements to host international matches after the body released a comprehensive report on the stadium.

This automatically rules out the stadium for the 2022 FIFA World Cup qualifying playoff match.

This latest development has stressed the need for a permanent home for the Super Eagles, where deliberate special attention can be paid to details by providing/ maintaining the necessary quality facilities needed to play at the highest level at all times.

The Nigeria Football Federation ( NFF) needs to make a decision in conjunction with the Federal Ministry of Youth and Sports and come with a “home” for the team as moving the team from one location to another within the country has not helped the team in the last twelve months.

The team played fives games at home and manage to win two out of the matches.

The 4-4 draw in Benin during the 2021 African Cup of Nations qualifier, is still fresh in our memory, the embarrassing defeat to the Central African Republic in Lagos as well the lustreless draw against Cape Verde at the 2022 FIFA World Cup qualifier.

The Super Eagles players and the technical crew have never hidden their preference for the Godswill Akpabio Stadium (Nest of Champion ) in Uyo, Akwa Ibom and that may be a good reason for the team to return to the Stadium.

The NFF needs to check what is needed to be put in place as the playing surface remains one of the best on the continent.

The Moshood Abiola Stadium in Abuja is another stadium that can host the Super Eagles matches as well.

The edifice playing surface got a facelift recently from the Dangote Group through the adopt a pitch program of the Federal Ministry of Youth and Sports and it may just be in a good shape for the playoff.

But, the NFF needs to look beyond politics and let her decision be guided by sporting reasons in making any of these stadia a permanent home for the team.