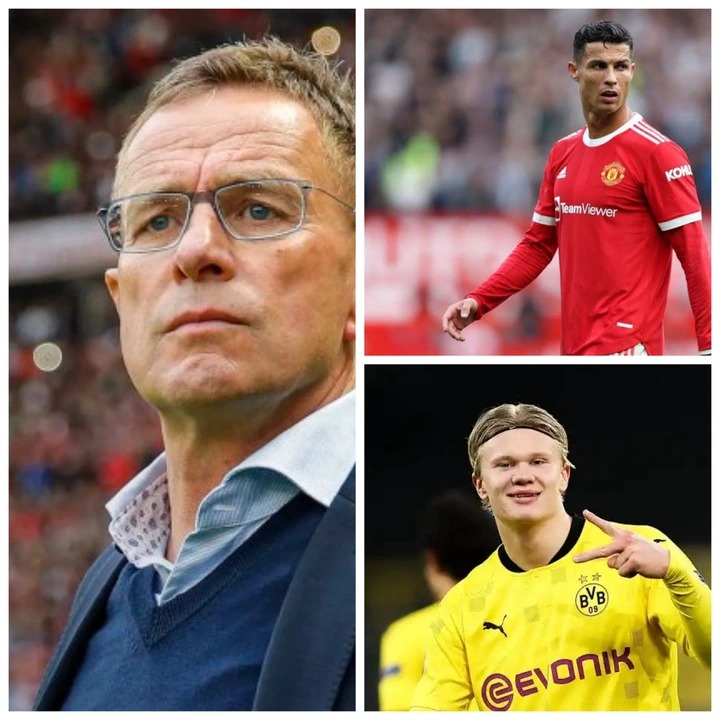 As Man United manager, Ralf Rangnick spoke to the media before the game against Crystal Palace.

After a 3-2 victory over Arsenal on Thursday night, the German took over as interim manager and faced the media for the first time.

The 63-year-old spoke frankly about his intention to bring continuity to Old Trafford, as well as how he would adapt to support Cristiano Ronaldo in a half-hour press conference.

Cristiano Ronaldo scored twice against Arsenal, but there have been doubts about whether the 36-year-old will fit in with Rangnick’s pressing style of play.

“You have to adapt your football vision to the personnel you have available, not the other way around,” Rangnick stated.

“It’s incredible to see Cristiano in the second half at the age of 36 – he’s a true professional.” I’ve never seen a player so physically fit at his age. He’s still a player who can easily make the difference.

“It’s not only about Cristiano; it’s about how we can grow the entire team.” We play in the world’s most competitive league. Thus we need all of our players to be on board. Cristiano, based on what I’ve seen of him, appears to be more than willing to do so.”

Rangnick wants his team to take control of the game

One of the new manager’s first tasks will be to bring order to a team that has been shambolic far too often in recent months.

“It’s all about control in football,” he explains. If you want to win games, you must maintain control of the ball, whether in the hands of the opposing team or your own.

“We conceded two yesterday (Thursday) and needed three to win. We give up two goals on average per game, which is excessive.

“I want to bring greater balance and control to the situation.” Yesterday’s game is not the game you need, in my opinion, as a future coach. I’ll do everything I can to keep these fantastic, brilliant players away from their own goal.”

“This is most likely one of the primary goals for the next few weeks, to help the team seize control of the game, at least against the best teams in the last few weeks.”

The Reds’ new coach, on the other hand, is realistic about how much can be accomplished in a tight schedule that leaves little time for hands-on training.

“On the other hand, because we play every three days, we won’t have as much training time,” Rangnick explains.

“So it’s about using video footage as an important instrument to build the team, train the minds, and motivate the players to do the correct things,” says the author.

United supporters may have to wait a while before seeing the high-pressing, an exhilarating offensive game the German is known for.

Ralf Rangnick, the manager of Manchester United, has disclosed which players he is most thrilled to work with, hinting at who he may turn into his key players during his brief tenure.

“I am excited,” Rangnick stated. I’m familiar with Jadon Sancho from the German Bundesliga; they have so many elite, fantastic young players.

“In reality, I met him in London when he was 17 years old.” We were trying to get him to come to Leipzig at the time, but he decided to go to [Borussia] Dortmund a few months later, which was not a wrong decision in his opinion.

According to Bild (h/t Sun), the German would receive an £8 million incentive if he assisted the club in acquiring Haaland. It even says that the friendship between the former and the 21-year-father old’s influenced the appointment.

Rangnick, on the other hand, has categorically disputed these allegations.