LIB Vs NGA: Three Nigerian Players That Should Be Used In The second Half Against Liberia 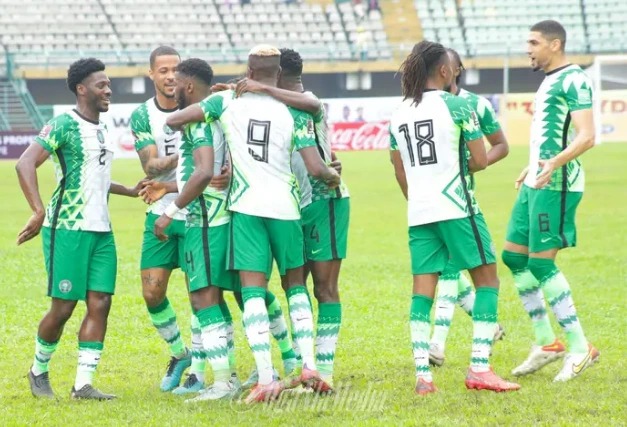 As World Cup qualifying matches are set to be played in the ongoing International break, Nigeria is also among the nations that will be playing their games. This time, it is going to be a return leg against Liberia, a team that gave the Super Eagles a hard time to crack.

The match is one that many Nigerians expect the Super Eagles to win and secure more points that will guarantee the country’s World Cup qualification chances. Victory in the match will reduce the stress of preparing for the upcoming fixtures as Gernot Rohr’s team will be far at the top of the group’s table.

But even as the Super Eagles have a big squad and are favorites to claim three points, Rohr might still need to prepare good substitutes to maintain good pressure against the Liberians in the second half. Concerning that, below are three players that should be used in the second half to keep the pressure on.

The former Kano Pillars forward seems to be below his peak, but one thing he does not fail to do is to perform well when he is used in the second half. His speed and crosses give opposing teams fresh troubles to think about, and sometimes before you notice Nigeria scores.

It is quite certain that Osimhen will start in the first half, alongside Iheanacho, because of the form they have. Now, this makes Ighalo another good player that should be used in the second half. Apart from putting up a good performance to justify his callup, Ighalo will provide the team with a good edge at the front with his strength and quick touches.

Another Nigerian player that Rohr should use in the second quarter of the match is Brentford’s Onyeka. The midfielder is in good form, but using him later on in the game will create a good puzzle for Peter Butler and his team.