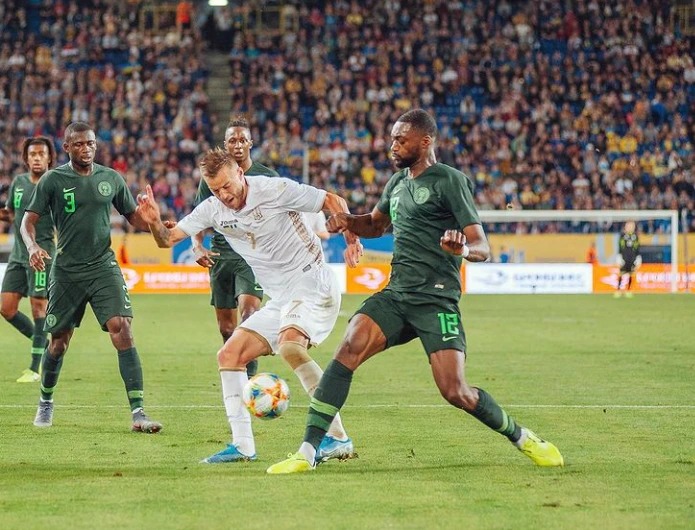 Nigeria faces Liberia at the World Cup Qualifier on Saturday at Grand Stade de Tanger. In what is being earmarked as a prestige game Nigeria will have to be on top form to topple the Lone Stars.

So that begs the question; who should start at centre back for Rohr on November 13th?

Kevin Akpoguma hasn’t really settled down as a Super Eagles defender and Kenneth Omeruo hasn’t really been trusted in recent times. In their defence neither did William Troost-Ekong whose recent form has me baffled as to whether he is at all good enough to play at this level. He has performed woefully for Watford recently and while his mistakes are not easily identifiable he should not be rewarded for such form with a start.

Then there is Chidozie Awaziem; who has been a revelation for Alanyaspor in the Turkish Super Lig this term. The former Leganes and Caykur Rizespor defender was excellent against the Central African Republic the last time out.

It leaves Leon Balogun as the only regular and in-form centre back in the Nigeria team presently leaving Rohr scratching his head about who to play. Balogun and William Troost-Ekong remains the obvious choice in my mind as the two have an excellent working history but I imagine that Awaziem will continue to play as he pulls an illusion on us all with his ‘talents’ furthermore.

For me, I cannot understand how Semi Ajayi has not earned himself a call-up. He has been magnificent in his attitude for Super Eagles and has since emerged as an impressive cog for West Bromwich Albion in a so-far successful campaign.

The reason for his snub is because of the glut of options available to the Franco-German. But it is painful to see the Arsenal product miss out on the roster.

So who do you think should start at centre back against Liberia?