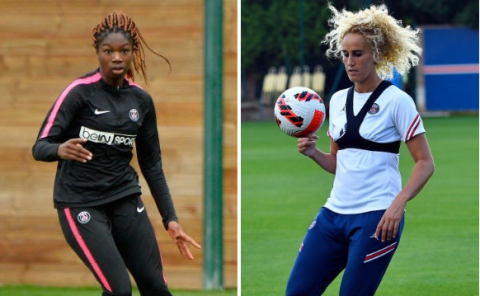 Paris Saint Germain women’s midfielder, Aminata Diallo, was arrested by the French police on allegations of masterminding the attack and injury on a teammate, Kheira Hamraoui by 2 masked men.

It was observed that both players play in the same midfield position in the team and so are in direct competition with each other. So there are assumptions that she could have arranged the attack.

Football as a sport is a very competitive sport among teammates. The teammates vie for a starting spot on the team so as to remain relevant. But instead of Diallo inflicting such bodily harm on her teammate for playing position, she could have done these 2 things:

1. Work harder during training and improve on her skills: Coaches base their team selection on many factors but one of the common factors is the players’ attitude on the training ground. Diallo would have tried to win a place in the squad by impressing the coach, Didier Olle-Nicolle during training rather than making a decision to harm her teammate just to take over her place in the team, and finally, when she recovers, she(Diallo) will go back to her normal position, which is on the bench. But working harder and improving her skills could have gotten her the position.

2. Ask the club to send you on loan: This is another step some players in order to break into their team’s first eleven. One such player is Chelsea’s Trevoh Chalobah. The young defender spent 3 consecutive seasons on loan and on returning this season, he has featured in 10 matches for the blues in all competitions.

Diallo would have taken such a step and this could have given her massive improvement and she would have developed her career better, rather than conniving to attack her teammate.