What Could Be The Fate Of Ole As The United Board Plans To Hold Another Meeting Over His Future? 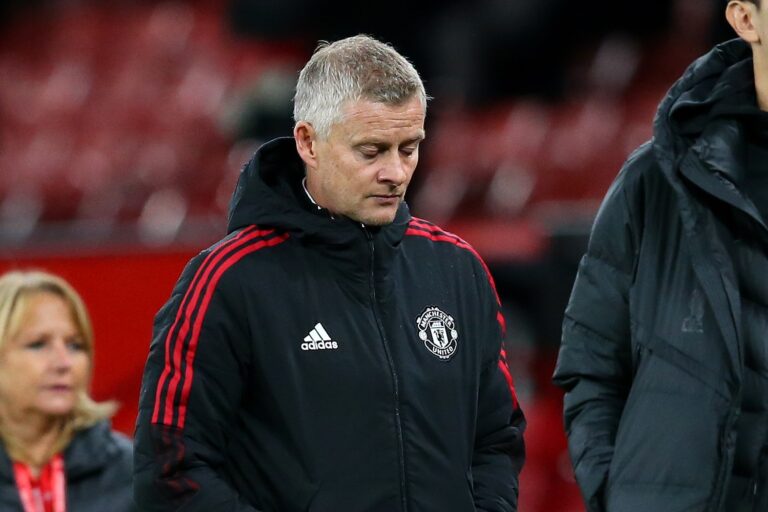 Ole Gunnar Solskjaer has been under severe pressure at Old Trafford following their recent poor performances and results. The Norwegian boss has now won only 3 out of 12 games in all competitions since beating Newcastle United in September, and he has suffered some humiliating defeats in recent weeks including 4-2 away defeat at Leicester City and 5-0 home defeat against Liverpool in October.

Solskjaer was reportedly spotted at Manchester airport before flying away for a short holiday following their defeat against Man City.

However, their recent defeat(2-0) came last weekend at home against the reigning Champions, Manchester City. And following the defeat many United fans and legends, including Rio Ferdinand, have asked for him to be sacked by the United board.

Nonetheless, according to recent reports from The Athletic, the United board is planning to hold regular talks over the Norwegian manager’s future at Old Trafford.

But, given the United board also had similar talks over his future after their humiliating defeat against Liverpool last month, and according to reports, their legendary boss Sir Alex Ferguson suggested that Solskjaer should be given more time, and given United is yet to identify a suitable replacement for the Norwegian boss, we would not be surprised if he remains at the club beyond the International break.

Secondly, Solskjaer also made a post on social media on Tuesday night, and his caption to the post reads: Win, Lose or Tie, UNITED till we die.

As regards his recent post on social media, one can easily suggest that he will still be in charge of the club after the break. His next 3 games this month are against Watford, Villarreal(Champions League), and Chelsea, he will have to improve his results in those games to avoid being sacked by the United board.

Solskjaer’s performance in the Champions League could be one of the reasons the United board have kept him till this point.