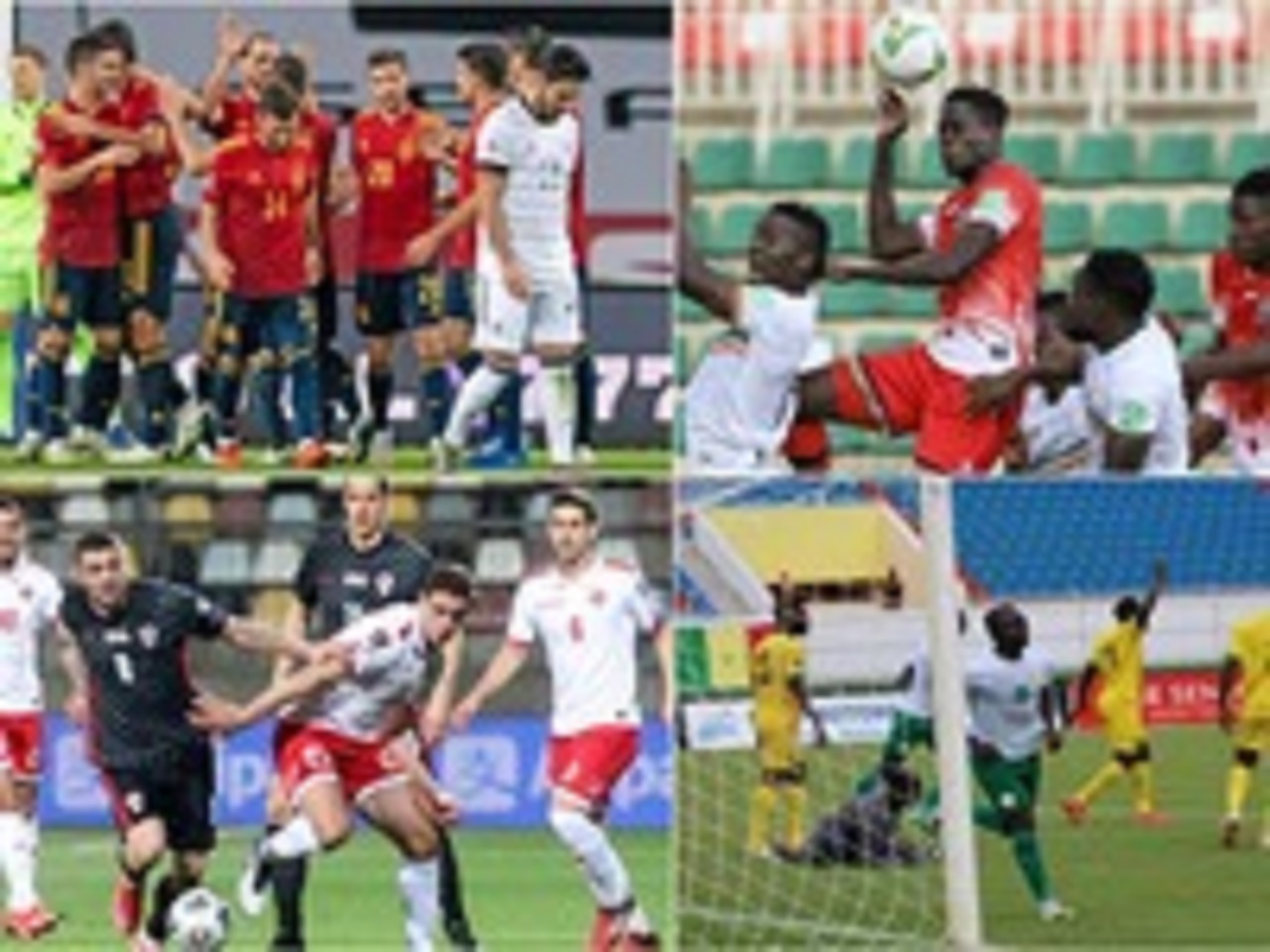 The football game will now shift from League to international competition as World Cup qualifiers continue this Thursday across all the continents of the World. Players move from one league to their National team to represent their country in this competition.

The World Cup qualifier’s action returns this week with a series of crucial matches to watch out for. There are some team that may lose their match this Thursday and are discussed below.

The La Roja of Spain will take on Greece National on Thursday night. A win for Greece will see them move to a point difference below second place Spain. Spain needs this match to maintain their qualification spot, and with the quality of their team, Greece may lose the match.

2. Malta v Croatia
World Cup qualifier group H match between Malta and Croatia will be played on Thursday night. Malta has only managed 5 points from 8 matches so far, while Croatia has 17 points. Malta who has no hope of qualification may likely lose this match.

3. Uganda v Kenya
The Ugandan national team will take on the Kenyan team in the CAF World Cup qualifier group E. Ugandan team has been very impressive having won 2 matches and drawn 2 so far. The first leg at Kenya ended in a 0-0 draw. Kenya has failed to win any of their matches and may likely lose to Uganda.

The Bafana Bafana of South Africa will take on the Zimbabwean team in a battle between the top and bottom spots. The first leg of this tie ended in a 0-0 draw at Zimbabwe, but this time a victory could be in favor of South Africa.

5. Ethiopia v Ghana
Another encounter in group G is between Ethiopia and the Black Stars of Ghana. Ghana defeated Ethiopia in the first leg by 1-0. Ghana who sits in the second position with 9 points needs this match to secure qualification. Ethiopia may lose the match.

6. Togo v Senegal
Togo has only managed 4 points from 4 matches in Group H, while Senegal has 12 points having won all their 4 matches. Senegal Triumphed over Togo in the first leg by 2-0 and may repeat the same on Thursday night.