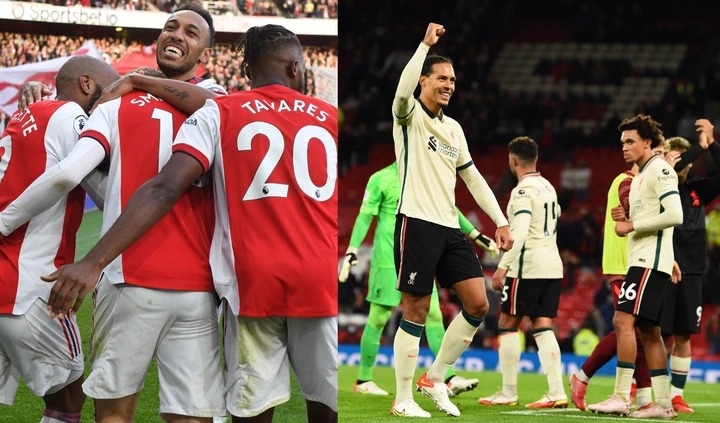 The international break is well underway and players who were called up by their various countries have departed to answer their calls of duty. After the conclusion of the current international round of matches, Arsenal would be facing Liverpool at the Anfield Stadium in an exciting Premier League game.

Although Liverpool and Arsenal are at different stages of their respective developments, Liverpool is currently occupying the fourth position on the Premier League standings while Arsenal occupies the fifth position. With two points separating both clubs on the league table, it is quite clear that this will be a tough game for them.

Jürgen Klopp’s men are quite famous for their relentless pressing system during games and it is almost certain that they will try to press aggressively high against the Arsenal defense to force quick turnovers. But this article highlights two Arsenal players who could force Liverpool to be cautious when pressing in the game.

1. Ben White: The English defender was signed by Brighton and Hove Albion for 50 million pounds during the recently concluded summer transfer window. After his shaky debut against Brentford FC, Ben White has showcased his array of talents amidst calming displays in the heart of Arsenal’s defense.

His elite passing range and ability to drive the ball forward whilst riding challenges could force Liverpool to be cautious because he can break their pressing line with a single pass or a dribble. An example of this was against Watford FC where his dribbling forced the ball to Emile Smith Rowe who scored to give Arsenal the three points.

2. Aaron Ramsdale: The former Sheffield United goalkeeper was also signed during the recently concluded summer transfer window for 24 million pounds. His distribution is elite and like Ben White, he could make a 50-yard pass with pinpoint accuracy whilst breaking up Liverpool’s pressing lines.

The aforementioned players are excellent at breaking up pressing lines and they could force Liverpool into being cautious when both sides meet at the Anfield Stadium.