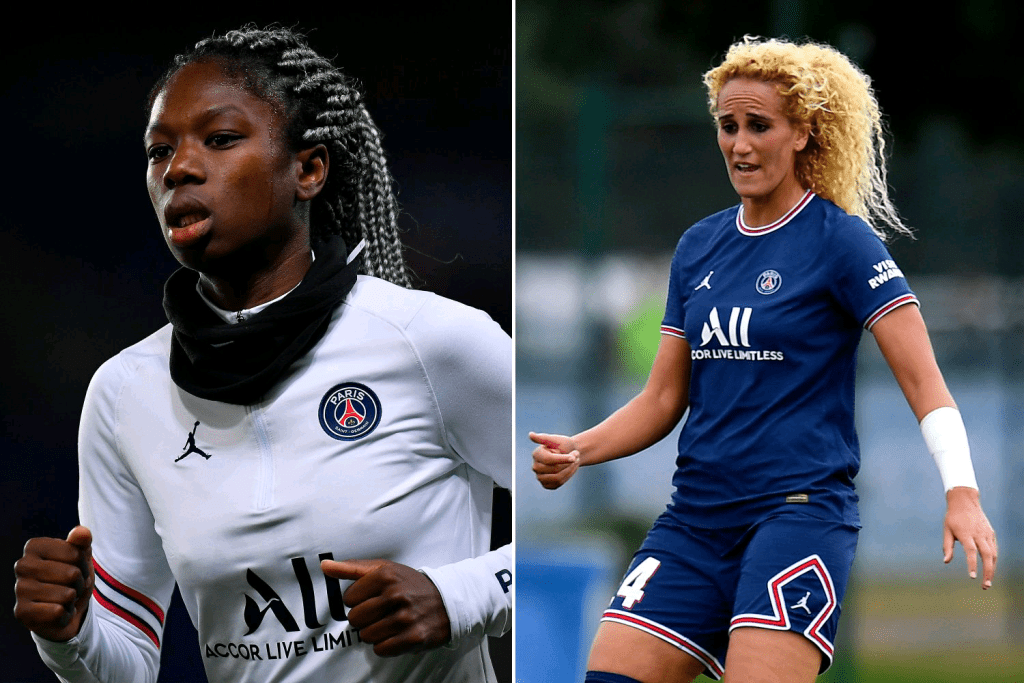 French Ligue 1 club, Paris Saint Germain, announced that it’s a midfielder, Aminata Diallo has been arrested by the French police after it was alleged that she hired 2 masked men to attack teammates, Kheira Hamraoui.

It was also observed that both players are in direct competition in the team as they play in the same midfield position. But Kheira has been the regular player for PSG. So it is believed that Diallo might have organized the attack to put his competitor out so she could have more game time.

This is a very sad occurrence in the game of sports and strict punishment should be dished out to Aminat Diallo if found guilty as it will dissuade other football players from carrying out such a wicked act to their teammates.

Aside from the long sentence and jail term that could be handed down to her, the club, Paris Saint Germain, The Authorities of French Ligue 1, and world football governing body FIFA could use these sanctions on her too:

1. Suspension from all football-related activities: the wicked act of the lady is uncalled for as we have seen several footballers particularly, the male ones spend weeks and months on the bench without featuring in any match but still end up happy. So the world football governing body should make an example of Diallo so that football players with such an evil plan will quash it. She should be given up to 3 years of suspension from football.

2. Contract Termination or Payment of a huge Fine: Paris Saint Germain should terminate her contract as such behavior will have an adverse effect on the image of such a great club. If such behavior is not captured in her contract, she should be given a huge fine of up to 2 years salary and the French league authorities should give necessary sanctions on her too.