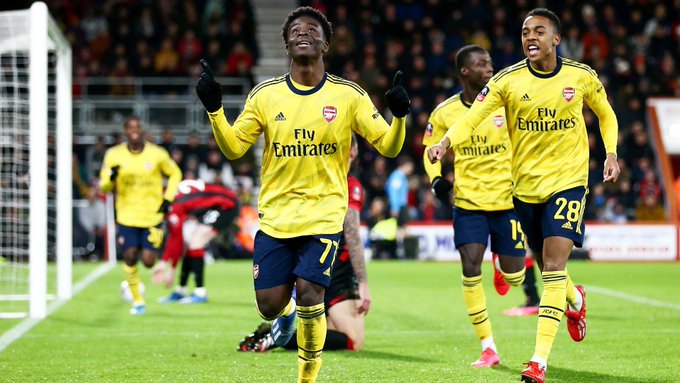 Bukayo Saka scored a goal and provided an assist as Arsenal zoomed into the Fifth Round of the FA Cup on Monday night following their 2-0 win over AFC Bournemouth at the Vitality Stadium.

What a hit from Saka!

A well-worked move from Arsenal and the youngster crashes it home with real venom!

Travers had no chance ? pic.twitter.com/IHS63GNZhl

Saka has now both scored and assisted in three separate games for Arsenal this season (vs  Eintracht Frankfurt, Standard Liège and today against Bournemouth), no other player has done so more than once for the Gunners in 2019-20.