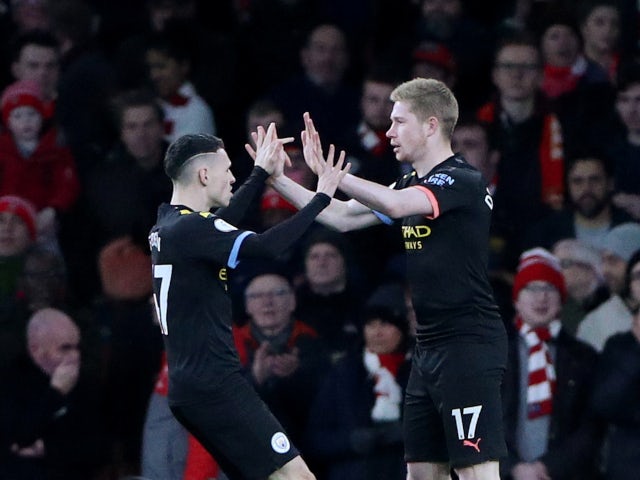 Kevin De Bruyne was in top form on Sunday as he guided Manchester City to a 3-0 victory over Arsenal in the Premier League fixture at the Emirates Stadium.

The playmaker contributed two brilliant individual efforts and one assist for Raheem Sterling as Pep Guardiola’s side made light work of their hosts in North London.

While City close the gap between themselves and second-placed Leicester City to four points, Arsenal remain in ninth position, seven points adrift of Chelsea who fill the last top-four spot.