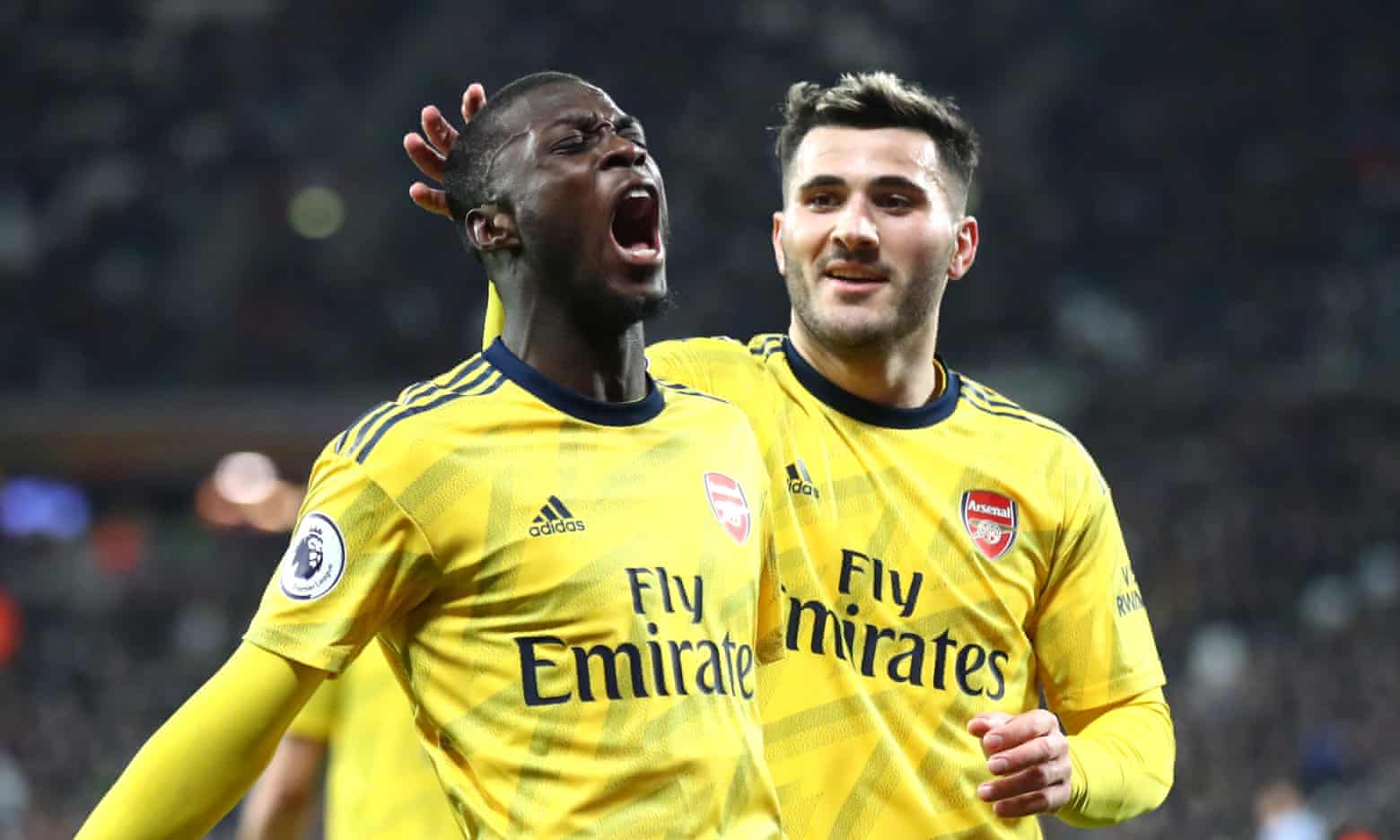 Nicholas Pepe was the star with a goal and an assist as Arsenal scored three times in nine second-half minutes to overturn West Ham’s first-half lead and end a nine-game winless run, handing Freddie Ljungberg his first win since taking over the reins of the club following the exit of Unai Emery during Monday’s Premier League fixture at the London Stadium.

The Gunners had not won in the league since October 6,  their worst run since a 10-match run under Terry Neill in 1977 have not won in six away league fixtures (D3, L3).

West Ham who have been winless in four home fixtures prior to tonight’s fixture took the lead through Angelo Ognonna after 38 minutes.

Martinelli canceled out Ogbonna’s opener with a goal in his first PL start before a stunning Pepe strike put the Gunners on course to end their worst winless run since 1977. Aubameyang added the visitor’s third from a Pepe cross.

Aubameyang before this game had been involved in 10 goals in his last 10 London league derbies (eight goals and two assists).