VIDEO: Injury Blow For Chelsea In UCL draw against Valencia 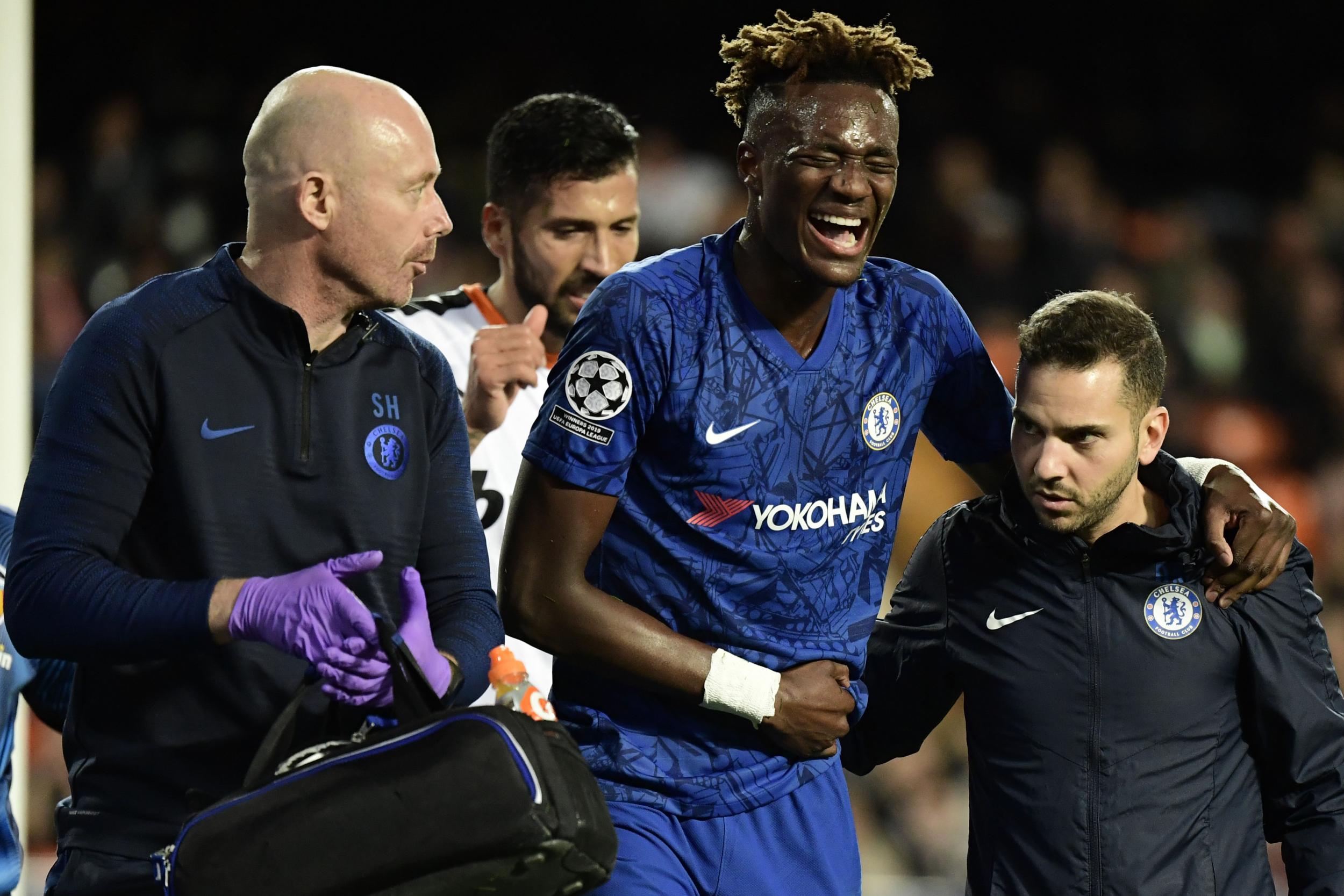 The UEFA Champions League Matchday 5 tie between Valencia and Chelsea lived up to the billing but ended in a stalemate as both sides played out a thrilling 2-2 draw Wednesday night at Estadio Mestalla.

While the draw was a better result for Chelsea, the Blues were dealt a blow with the injury suffered by their lethal striker Tammy Abraham who could only play for 45 minutes before he was replaced by Michy Batshuayi in the frenetic clash.

The Blues fell behind in Spain when Carlos Soler opened the scoring before Kovacic hit back just a minute later to finally get his first Chelsea goal.

Christian Pulisic had looked to have scored a VAR-assisted winner in the 50th minute after his close-range effort was initially ruled out.

But, in the 82nd minute, Daniel Wass’ cross evaded Kepa Arrizabalaga and went in via the far post to deny Chelsea victory.

With this, Chelsea will have to wait to book their place in the Champions League round of 16 after a late goal saw Valencia hold them to a draw.