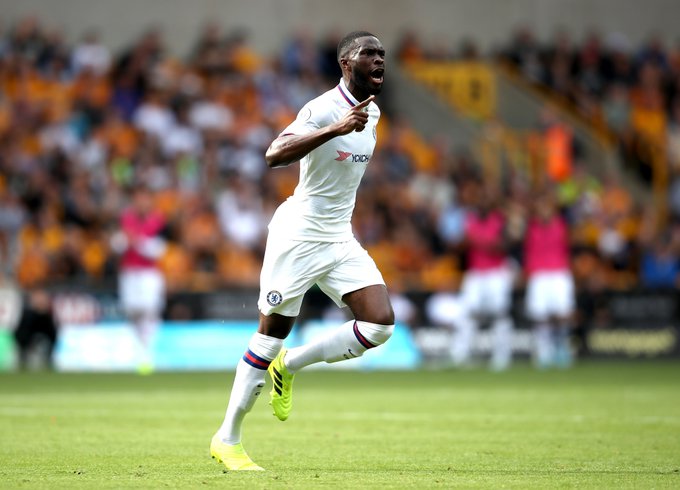 Tomori popped up in the 31st minute to unleash a stunner from about 30 yards to record the first goal of the match.

Tomori is eligible for the Super Eagles of Nigeria although he has been capped at the youth level by Canada and England.

Tomori was selected for the England under-20 team in the 2017 FIFA U-20 World Cup and he helps England beat Venezuela in the final 1–0, which is England’s first win in a global tournament since their World Cup victory of 1966.

Fikayo Tomori retained his place in Chelsea’s defence for Saturday afternoon’s Premier League visit to Wolverhampton Wanderers despite the return of Antonio Rudiger.

The Anglo-Nigerian center-back, who spent last season on loan at Derby County, made his first start of the season ahead of the international break as the Blues were held 2-2 at home by Sheffield United.