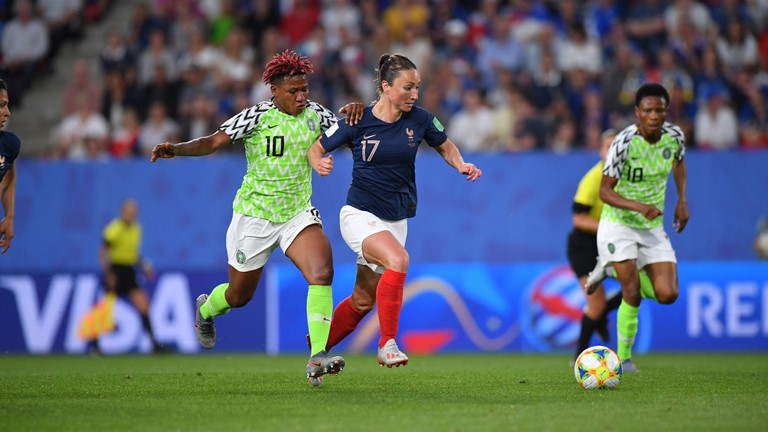 The Super Falcons of Nigeria were unlucky to lose against hosts France in their final Group A game at the FIFA Women’s World Cup. The Nigerians went into the game knowing that a single point would be enough to guarantee their place in the knockout stages of the World Cup as one of the four best third-placed teams at the group stage.

France started on the front foot and got the home fans on their feet with their fast attacking plays. However, it was the Nigerians that came closest to scoring  after the French defenders failed to clear a corner properly. The ball bounced across the face of goal but no Nigerian player could put the ball in goal before the ball was cleared by a French defender.

The French had most of the ball in the first half and they got the ball to the wings getting crosses in dangerous positions inside the box. The Nigerians defended as a unit and kept the French attackers at bay so that goalkeeper Chiamaka Nnadozie did not need to make any save. Although Nigeria failed to threaten the French goal, the hosts did not register a single shot on target in the first half.

The Super Falcons of Nigeria were forced to sit back and attack on the counter. This strategy worked througout the first half but a lot of fouls were committed against the French in dangerous positions.

France started the second half as strongly as they began the first putting pressure on the Nigerian defence. While they had struggled to get shots in the first half, they managed to connect passes in the attacking third and get more chances on goal.

Delphine Cascarino used her pace to disturb the Nigerian defenders but she was subbed off after the hour mark for Eugene Le Sommer.

The introduction of Le Sommer and Kadidiatu improved the attack of the French women and they began to look sharper in front of goal. The first shot on target in the game came after one hour of play. It was from Amel Majri from outside the box to give the French a bit of hope that they could break the resileint Nigerian defence. The Super Falcons also had a shot from Ngozi Okobi but it sailed wide.

Things finally turned in favour of the hosts after Ngozi Ebere was adjudged to have foulded Diani in the box. After consultation with the VAR, the Dutch referee awarded a penalty which was taken by Wendie Renard. 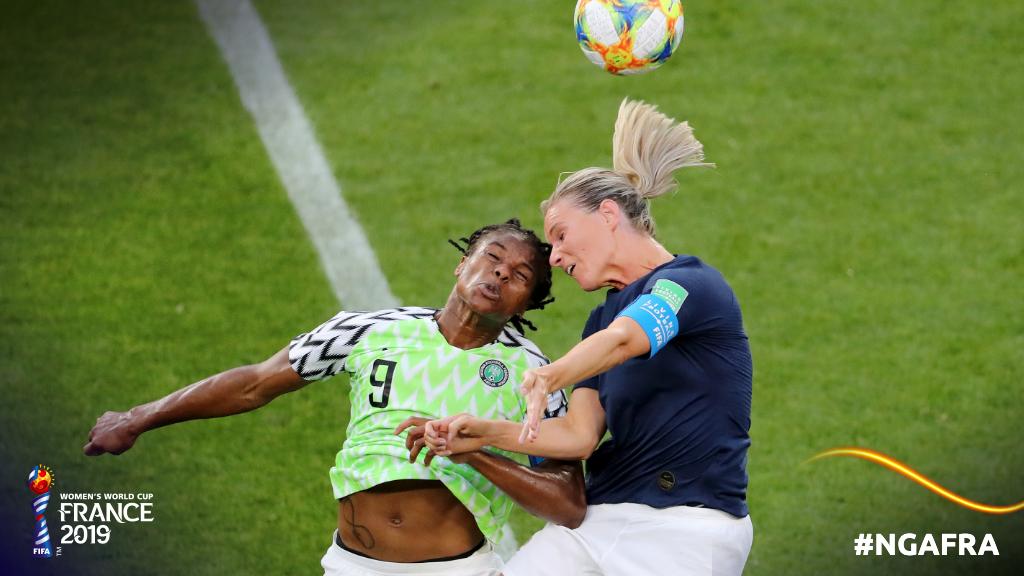 The Lyon star lost the penalty initially hitting the upright but the referee ordered a retake and issued Nnadozie a yellow card for an infringement. The retake was converted by the French defender although the teenage goalkeeper went in the right direction.

Coach Dennerby prepared Evelyn Nwabuoku and Anam Imo to replace Francisca Ordega and Asisat Oshoala who held on to her hamstring as she went off the pitch. The advantage of the extra player became fairly obvious as the game drew closer to an end with France piling pressure on the Super Falcons. Nnadozie was required to make a crucial save from a Le Sommer header. 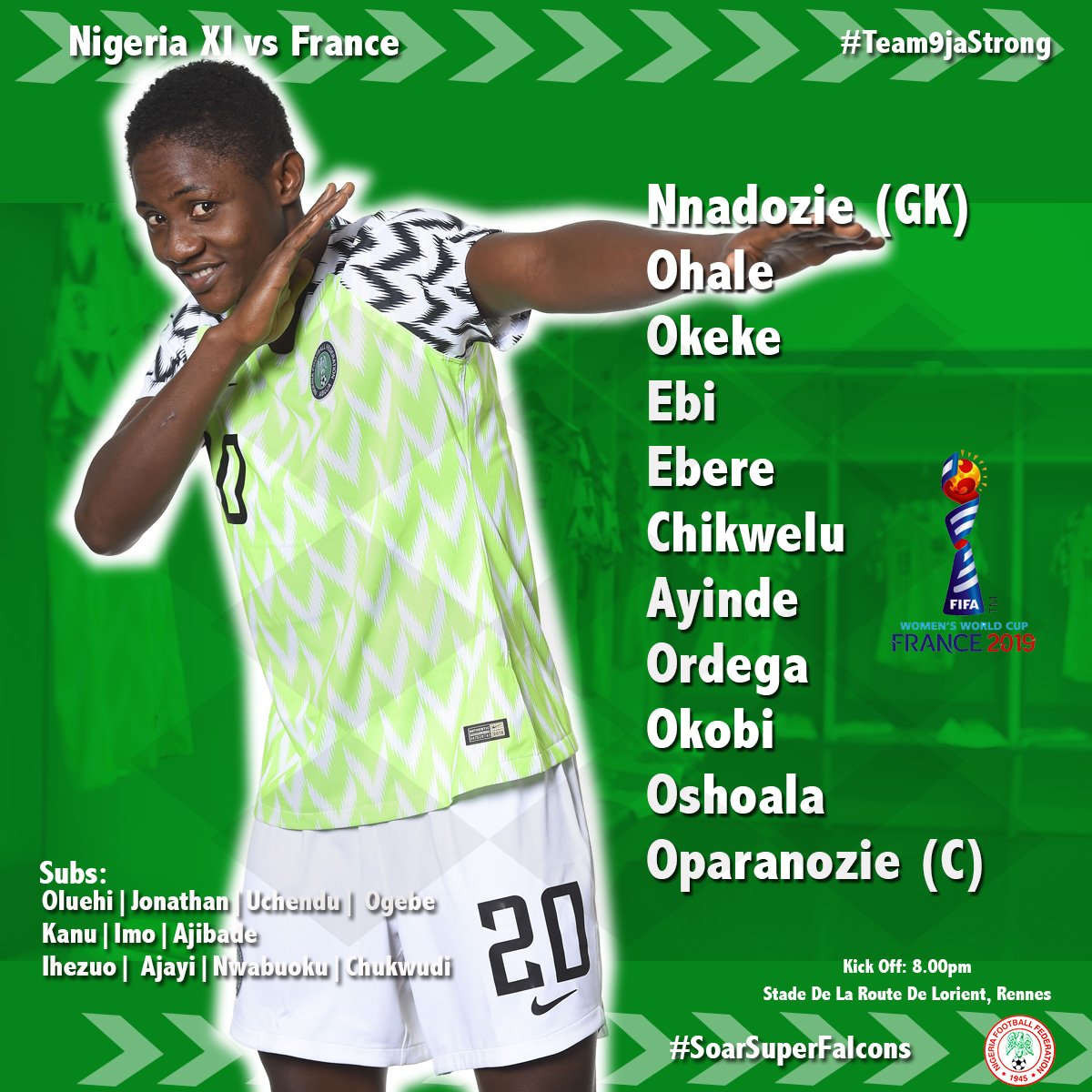