“If I say I forgot it is not true,” – Carlo Ancelotti on his Bayern side thrashing Arsenal (10-2) two years ago 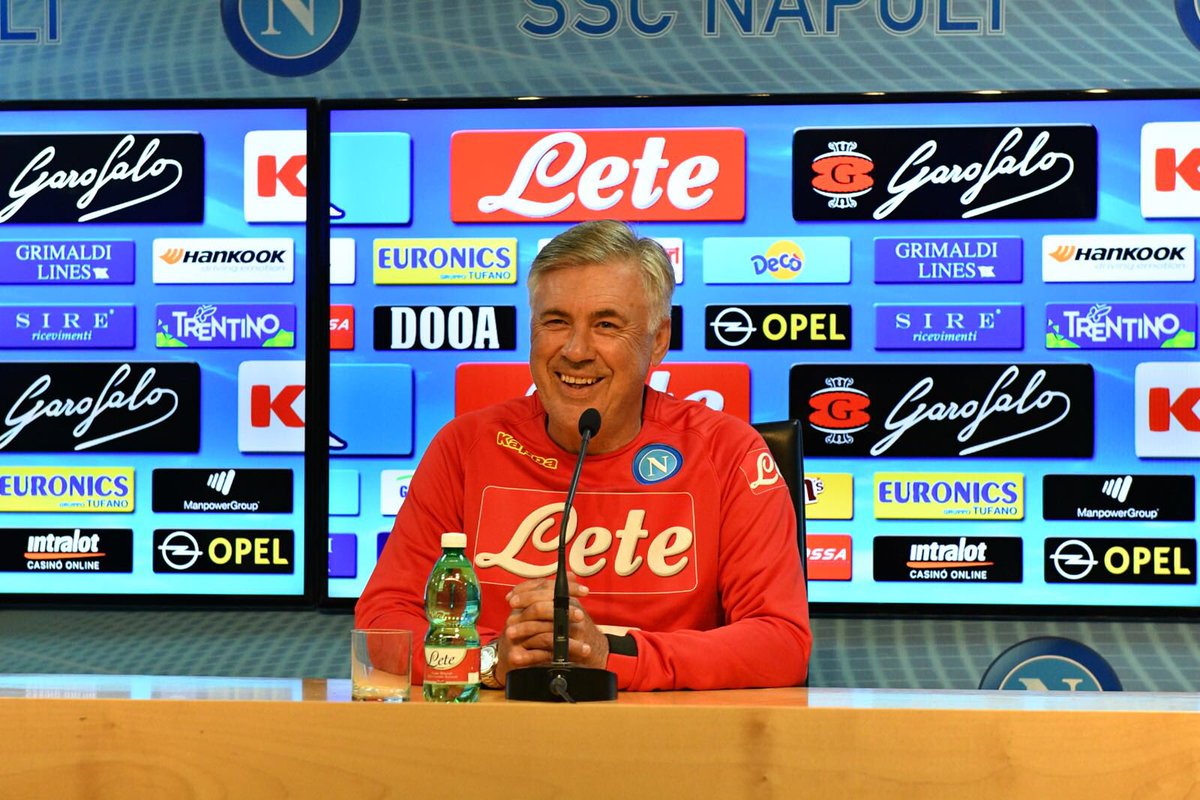 Carlo Ancelotti admits he fondly remembers leading Bayern Munich to a 10-2 thrashing of Arsenal two years ago but insists his current Napoli side face a different proposition against the Gunners this time round. The Serie A outfit visit the Emirates Stadium on Thursday for the first leg of their Europa League quarter-final clash. 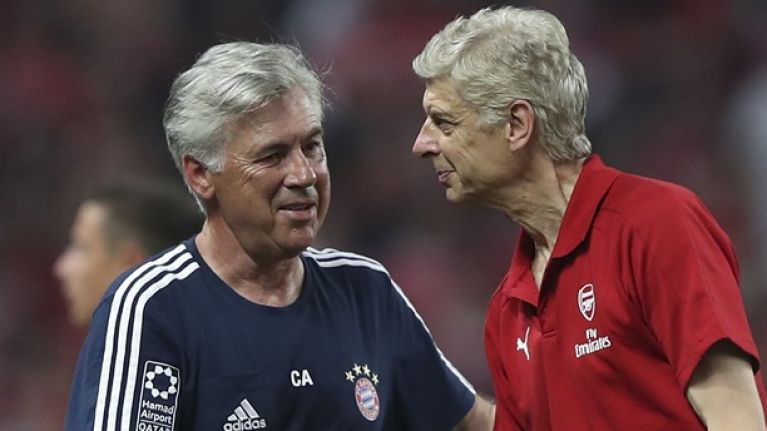 Ancelotti oversaw three Premier League wins in four London derbies with Arsenal during his two seasons in charge of Chelsea. But his last meeting with Arsenal saw his Bayern Munich outfit win both legs of their 2016/17 Champions League round of 16 tie 5-1 – in what would prove to be Arsene Wenger’s last-ever game in the competition.

“If I say I forgot it is not true,” Ancelotti said when asked about the tie. “I didn’t forget this but each game is a different story, imagine every season different clubs, different manager so it will a totally different story. That game with Bayern is only a good memory.” 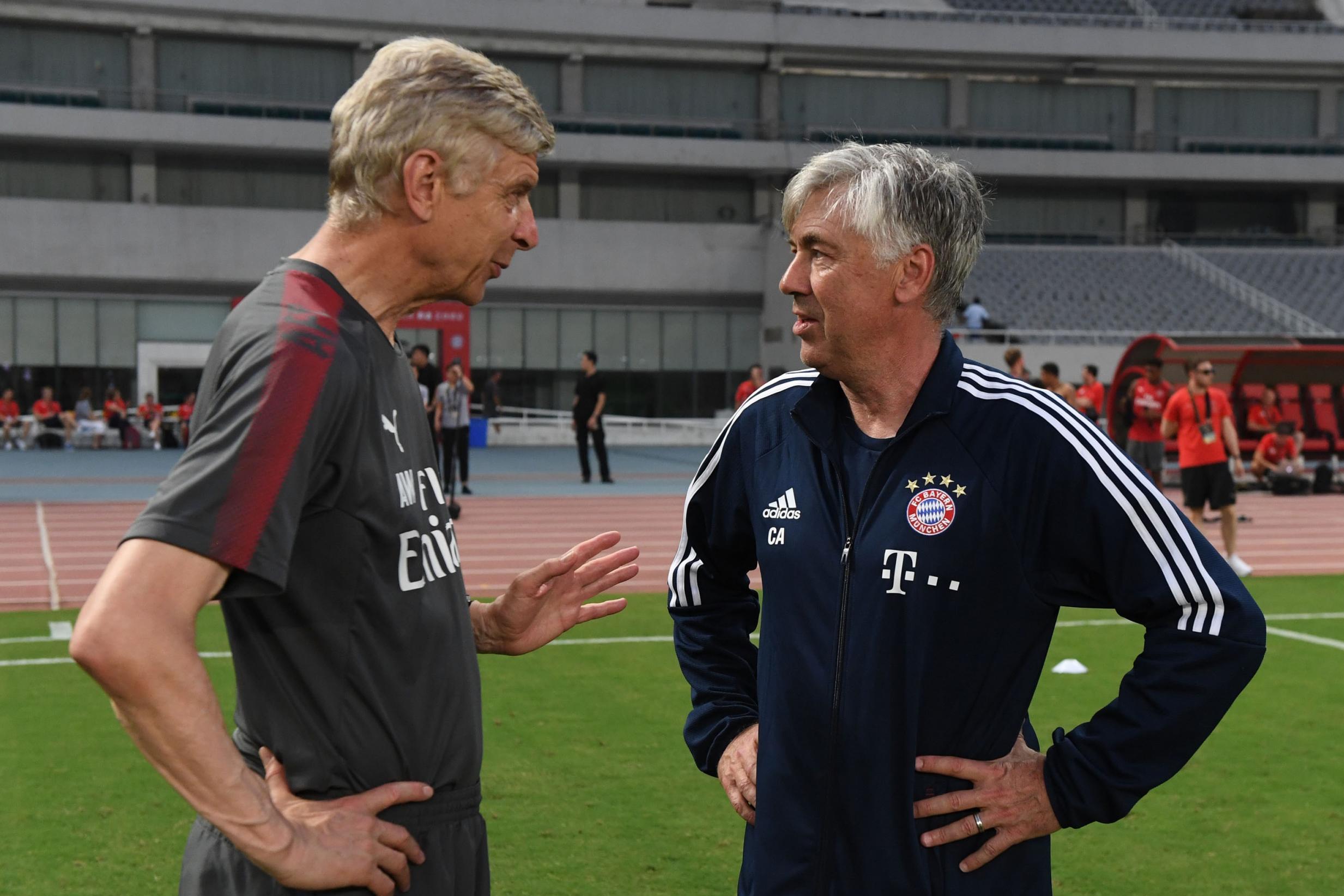 Ancelotti, 59, was heavily linked with replacing Wenger when he left Arsenal at the end of last season. He admitted talking to the Frenchman but insisted their conversations veered firmly away from football chat.

“I spoke with Arsene, he is a good friend of mine, when we had a meeting in Geneva in September, but not before,” he said. “I was not involved in the new era of Arsenal without Arsene. I sometimes talk with him but not about his replacement. We talk wine, food, Italian food, French food.”

It was Emery who was instead appointed as Wenger’s successor having previously replaced Ancelotti at Paris Saint Germain. The Spaniard, who won three successive Europa League titles when in charge of Sevilla, is admired by Ancelotti – who feels the current Arsenal cannot be compared to Wenger’s reign. 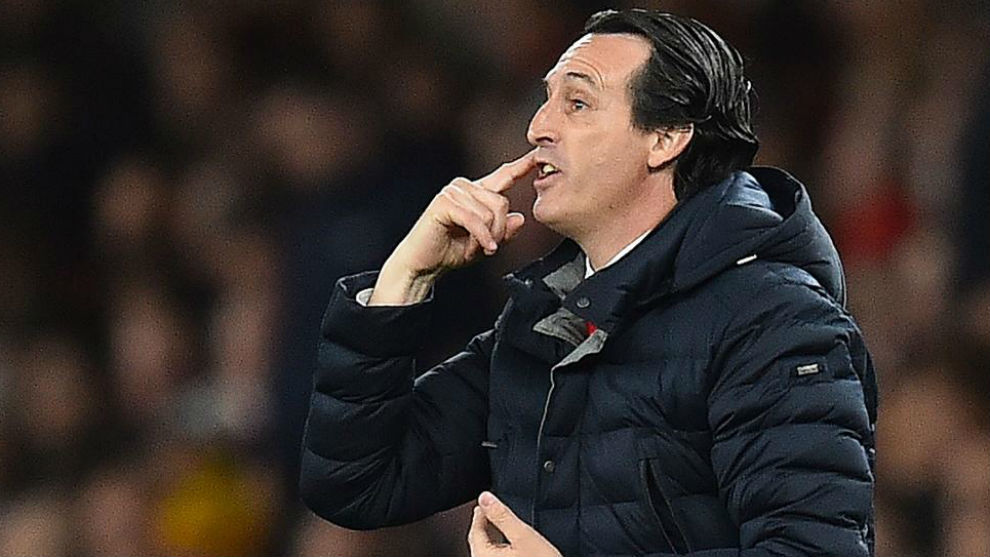 “(It is) a totally different story,” he added. “They are different managers with a different style and a different team because new players arrived and so it is a new era. “But Arsenal is still competitive in the Premier League and in Europe, we have a lot of respect of this team, this club and we are honoured to play this quarter-final against them.

“Unai Emery is, in my opinion, a fantastic manager with a lot of knowledge. He has experience of this kind of game and the fact he is on the bench of Arsenal will be more difficult for us.”