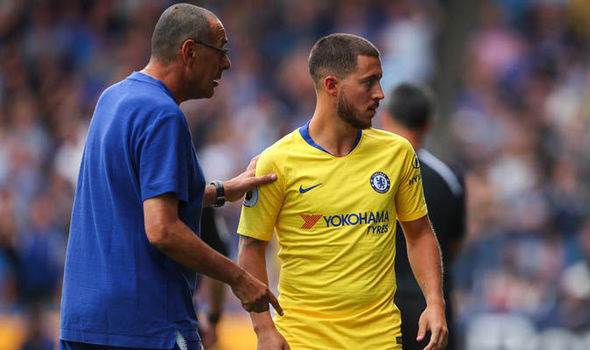 Seven days ago Chelsea were portrayed as a club in meltdown after goalkeeper Arrizabalaga refused to be substituted during the Carabao Cup final defeat by Manchester City. The Spanish keeper was dropped for the midweek win against Tottenham but was back in the team at Fulham as Chelsea made it back-to-back wins in the league. 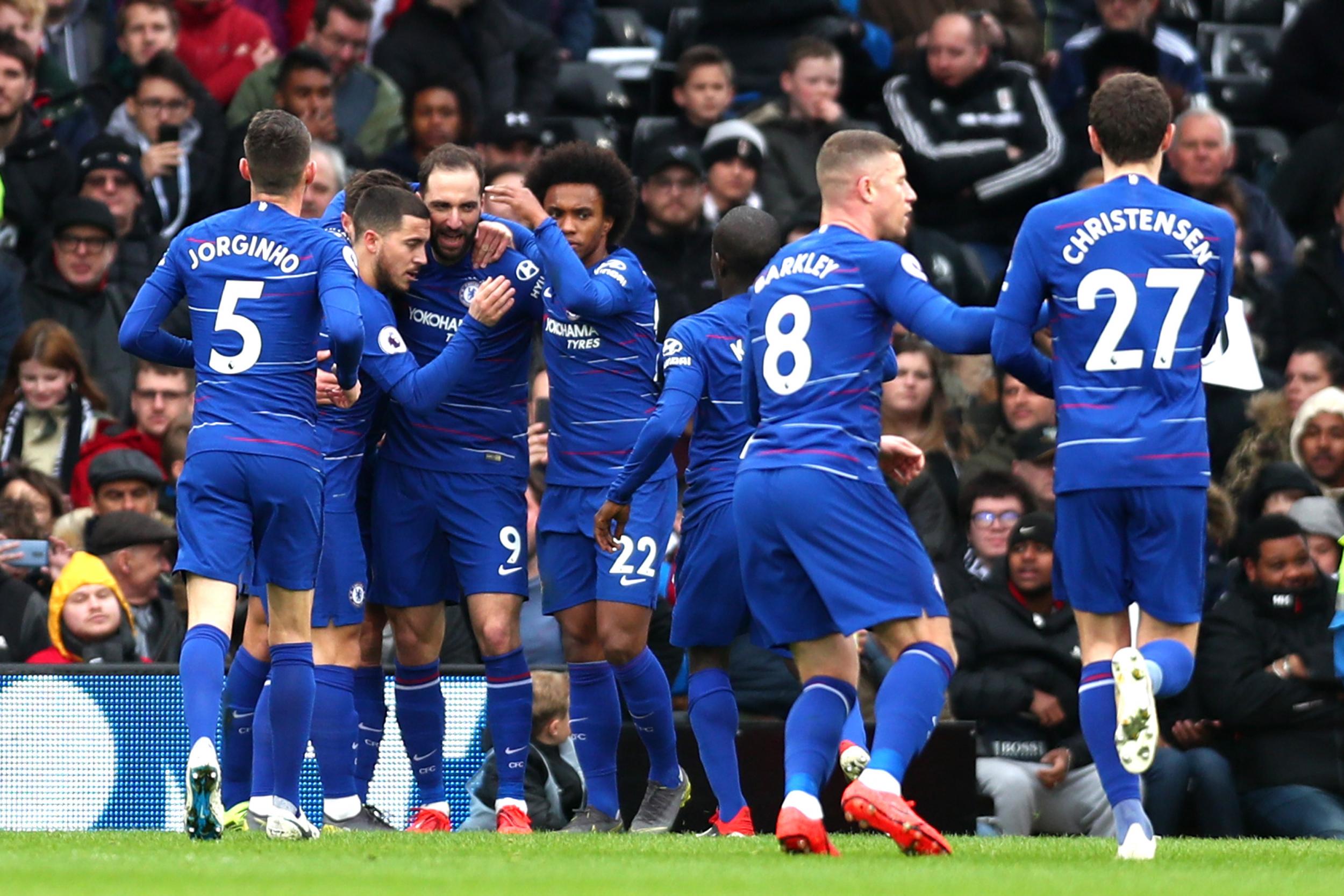 Gonzalo Higuain set Chelsea on the way to a first Premier League away win of 2019 with a high-quality finish from Cesar Azpilicueta’s cross. Fulham equalized through Calum Chambers from a corner, awarded after recalled Chelsea keeper Kepa Arrizabalaga produced an outstanding stop to keep out Aleksandar Mitrovic’s volley. 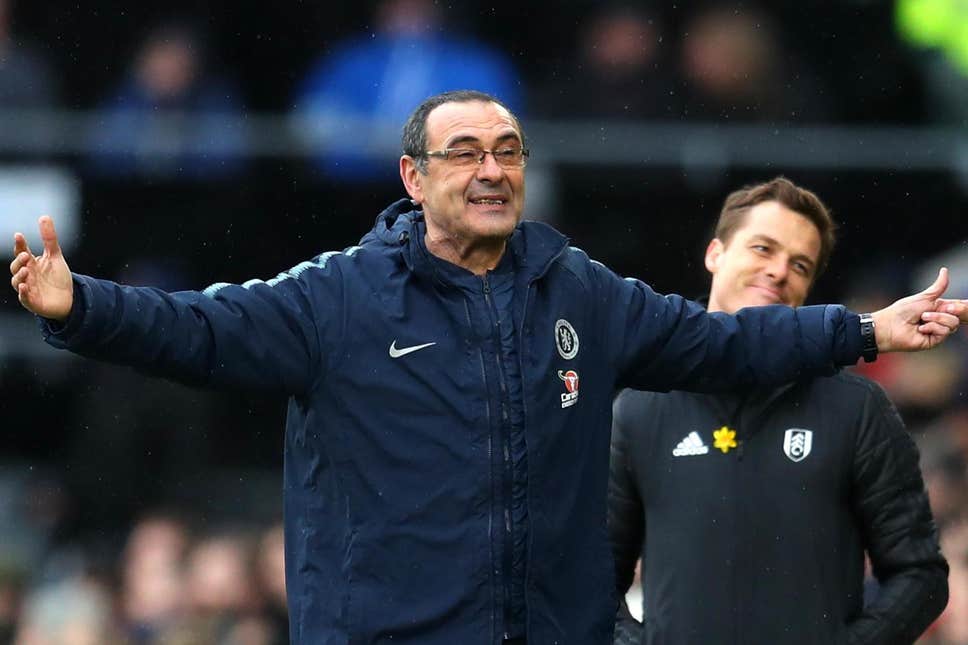 Goalkeeper Kepa Arrizabalaga played his part by making four saves having been recalled to the starting line-up. Kepa was dropped for the 2-0 win over Tottenham after he refused to make way for substitute Willy Caballero in the final minutes before a penalty shootout in the Carabao Cup final. 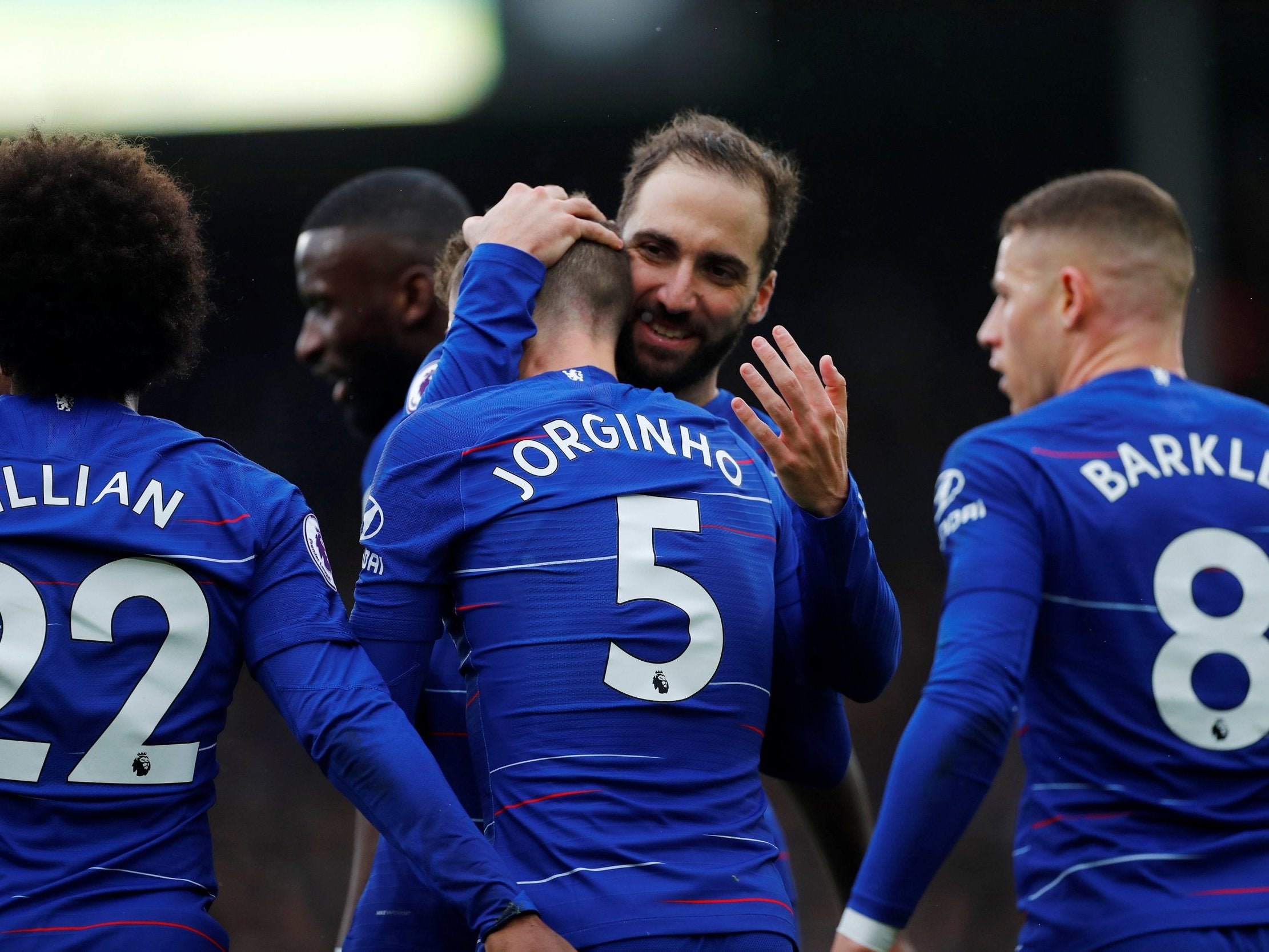 With the game goalless, Arrizabalaga was lucky to escape after dropping the ball at the feet of Ryan Babel on the edge of the six-yard area. But he made up for his mistake with a wonderful save to deny Mitrovic before being let down by his defenders for Chambers’ goal.

Sarri said his decision to leave the Spaniard out was a message to the group, but insisted the matter was closed after Kepa was reinstated to the team on Sunday. The Chelsea goalkeeper apologized to the manager and the team for his antics and was glad to be back in the starting lineup for the derby game against Fulham.

Speaking after his side’s ​2-1 win over the Cottagers, via Sky Sports, ​Loftus-Cheek was probed about the squad’s reaction to Kepa’s behaviour, and responded: “The boss obviously wanted to show he demands respect from his players and he obviously put in Willy (Caballero) for the ​Tottenham games.

“Kepa was honest with us and he apologised to all of us the day after the final and we all accepted that apology. I think there was a misunderstanding involved in it but he apologised to us and we accepted it. I think it’s very important to move on quickly from that.”

Also the star man of the club Eden Hazard added: “The week was not so easy for him, but he’s a great goalkeeper and he’s a great guy.” Hazard also explained that Chelsea were fully prepared to challenge for the top 4 after claiming that it was a tough war. 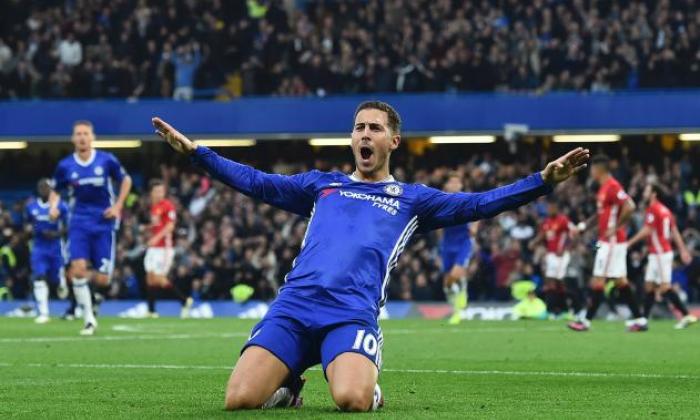 Maurizio Sarri’s side are now just two points back from fourth-placed Manchester United and have a game in hand over the Red Devils and the Gunners. Hazard told Chelsea TV: “We talked together in the dressing room about Arsenal-Tottenham. Both lost two points. Top four is a hard war, because we’re not only four teams, we’re six teams. Now we have 11 games to play till the end of the season. We’ll try to take the maximum points.” The Blues host Dynamo Kiev in their Europa League last -6 first leg on Thursday night before playing Wolves at Stamford Bridge on Sunday. Arsenal take on Manchester United in the same round of fixtures, so Sarri’s side could leapfrog one of those teams if they beat Wolves.