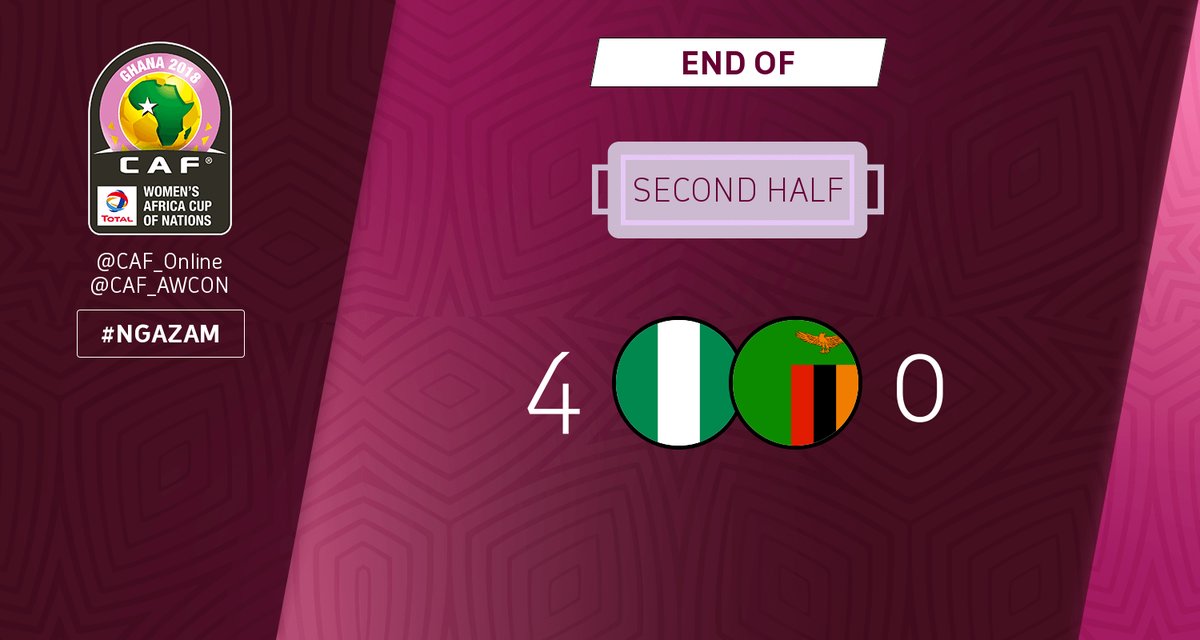 It means that Group B will be decided in the final round of fixtures. Nigeria tackle Equatorial Guinea and will fancy their chances against the former African queen, who were bashed 5-0 by Zambia in their opening game. 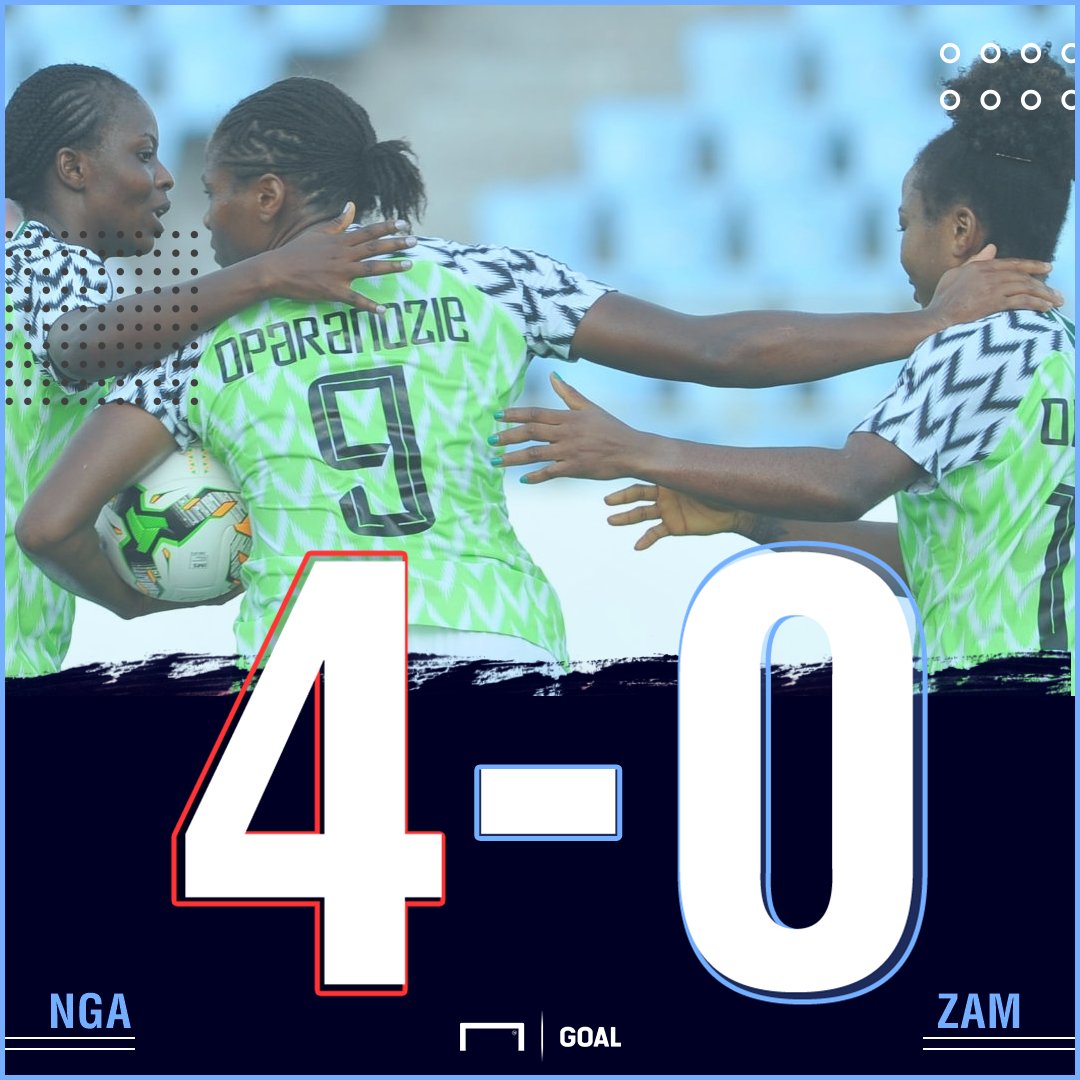 A sensational second half of football, Nigeria were staring down the barrel of an early exit from the Africa Women Cup of Nations, with a slim lead at half time, but powered in two more goals in the second half. Oparanozie, Ordega, Ajibade and Okoronkwo have kept the defending African champions alive. 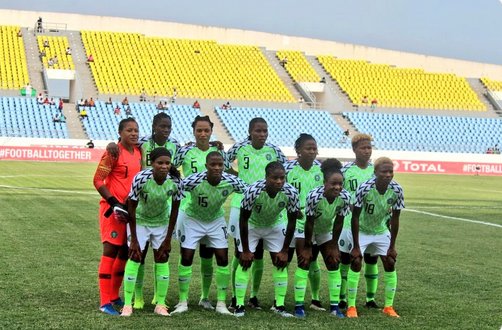 Nigeria lost their first game against South Africa and the game against Zambia was a wonderful way for Super Falcons to respond.

Here are the reactions from fans on social media:

Brilliant @NGSuper_Falcons ripped Zambia to shreds , 4nil. Funny enough, it could have been double that#OgaNaMaster#NGAZAM#AWCON2018

This isn't the @NGSuper_Falcons I used to know.

Something is wrong somewhere. #AWCON2018 #NGAZAM

We could have won this game 8-0 but too many missed chances. They finished well in the end with 4 goals to Nil but there would be difficult games ahead. Weldone Super Falcons! #AWCON2018 #NGAZAM

Nigeria not only school Zambia, they also scold them 4-0 #NGAZAM

#NGAZAM
Nigeria had 20 shots, 13 on target and only score 4goals. Could have easily had 8goals.

Congrats for the win.

Can Super Falcons qualify for the next round?