Most farmers in Nigeria are smiling to the bank as a result of border closure – Minister of Special Duties, George Akume 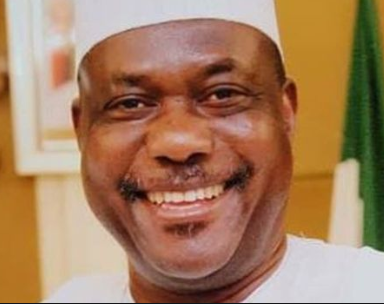 The Minister of Special Duties and Intergovernmental Affairs, Senator George Akume on Thursday, November 28th said the policies of President Buhari led administration is for the good of the common man.

According to the minister, most farmers in the country are currently smiling to the banks as a result of border closure by the Federal Government.

Akume stated this in Lagos at a conference to intimate Nigerians of the communique of a 4-day stakeholders retreat to develop strategic plan 2019-2023 for his ministry which ended Thursday in Lagos.

He said, ”President Buhari’s policies are for the good of common Nigerians. Border closure policy is to support Nigerian farmers. The farmers, especially the rice farmers are smiling to bank. The policy will transform their lives and lives of other Nigerians. In Benue, women have taken over rice milling and selling and they all doing very well”.

The minister said the retreat which was attended by more than 200 participants including all relevant stakeholders dealt with issues aimed at providing a compass for the implementation of the mandate and achieving Mr. President June 12 promise of lifting 100 million Nigerians out of poverty in ten years.

According to him, it was discovered that there is no synergy and cooperation in policy formulation and program implementation amongst the three tiers of government and appropriate climatic change sustainable policy aligned to poverty reduction and employment generation.’’

The minister added, ‘’That Nigeria has not fully keyed into the climate change carbon credit initiative of the United Nations Framework Convention on Climate Change-UNFCCC. ’

That Inter-governmental formulation and management of policies, programs and projects is yet to receive adequate attention. That all poverty alleviation programs lack institutional mainstreaming

‘’That the failure of projects, programs and other government initiatives was attributable to the gap in the monitoring and evaluation system, and that the gender policy in place is not being implemented appropriately by successive governments which has led to socio-economic inequalities and feminization of poverty.’’

As a way out of the woods, he said it was resolved that there should be a review and harmonization policies on inter-governmental cooperation and collaboration to be implemented with set timelines

Other resolutions are: that, ‘’The government should realign its climate change policy to stimulate employment generation and wealth creation.

‘’The government should take appropriate steps to key into the United Nations Framework Convention on Climate Change with a view to gaining carbon credit for revenue generation. That all special projects of the federal government should be domiciled with Federal Ministry of Special Duties and Inter-Governmental Affairs as a Special Purpose Vehicle-SPV for the delivery of efficient service to the people that there should be established an institutional regulatory framework to mainstream poverty reduction and wealth creation for sustainable development.

Akume noted that the stakeholders resolved that, “ann e-monitoring and evaluation system should be put in place to ensure value for money. ‘’That Government should ensure full implementation of the National Gender Policy in order to tackle socio-economic inequalities and feminization of poverty for sustainable development; and that there is need for inter-ministerial forum to serve as a platform for relevant stakeholders’ engagement with organized private sector and international organizations and development partners.’’