Former Rev. Father Bwalya Reportedly Ties The Knot With One Of His Baby Mamas [PHOTOS] 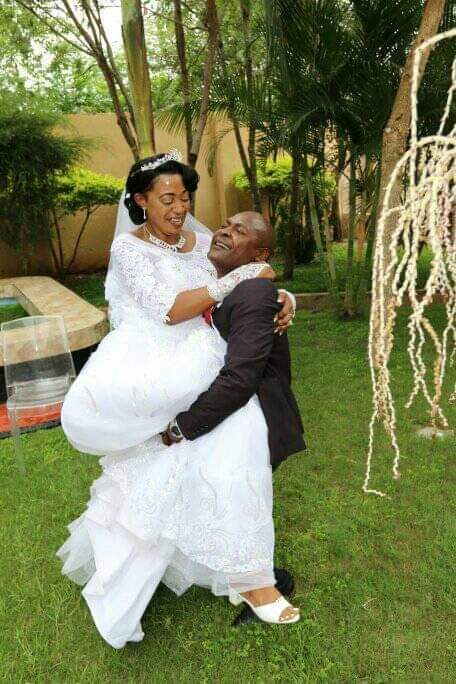 In case you missed it, Former Zambian Roman Catholic priest, Father Frank Bwalya has tied the knot with his sweetheart alleged to be of one of his baby mamas.

Bwalya now working for the ruling Patriotic Front after the death of its founder Michael Sata has had a number of brushes with the law, after suggesting that the presidential election was fraudulent.

He was arrested in March 2010 and charged with conduct likely to cause a breach of peace during a rally held to mark youth day in Kitwe north of the capital Lusaka.

Bwalya flashed a card painted red when he joined the celebrations – which police said signified a call to remove the government. He pleaded not guilty and was released on bail.

He gained controversy in May 2013, when he announced that if elected president, he would refuse to arrest gays and lesbians for sexual activity and announced his support for marriage equality.

Bwalya was charged with defamation following a radio broadcast in January 2014, where he referred to President Michael Sata as “chumbu mushololwa”. The Bemba term refers to a sweet potato’s bent shape that breaks when one tries to straighten it and is used to describe someone who does not heed advice. He was acquitted on July 15, 2014 with the court finding that he was merely exercising his right to free speech.