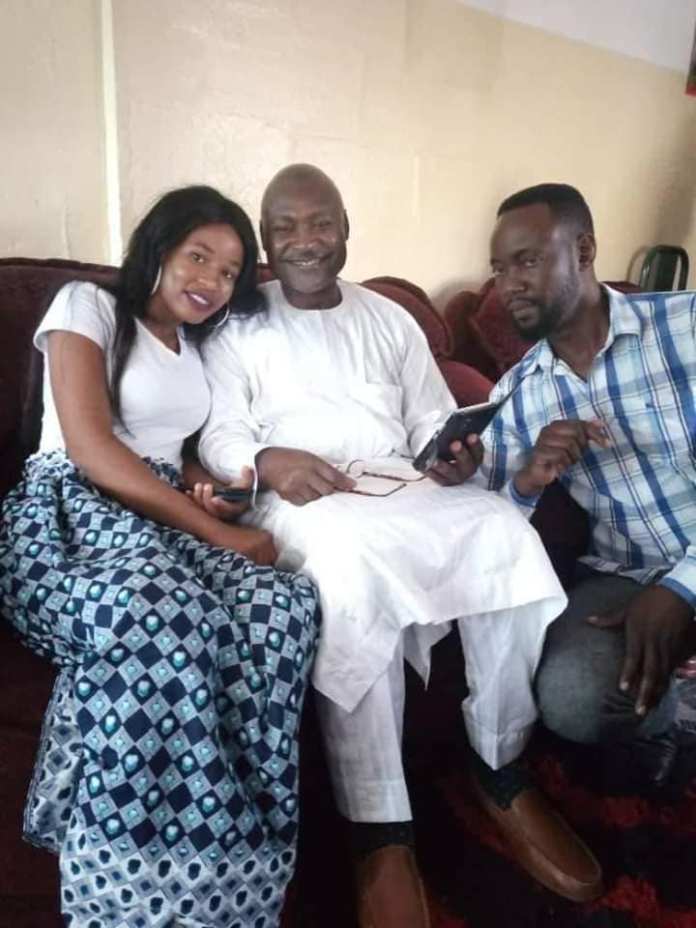 Zambia’s High Commissioner to Australia Frank Bwalya yesterday bade farewell to bachelorhood at a colorful Chilanga Mulilo on the Copperbelt to his beautiful Eastern bride.

It was indeed a colorful one on the copperbelt as friends and well wishers as well as critics trooped in the ceremony to witness the solemnization. while some have come to celebrate, others have come to be sure it is not just a hearsay as they want to behold it with their own eyes.

Father Bwalya has indeed shocked everyone with the new development; “better to no deceive oneself by playing smart with God, I want to get married does not change my stand with my God rather infact it gets me closer”. he stated earlier.

It is widely known that Catholic Fathers are not allowed to marry but that is not the case for Father Bwalya, as he chose to renounced his title to become an ordinary man to quench his thirst for his urges when he joined the Patriotic Front.

In a WhatsApp message, Father Bwalya says he has engaged an Easterner with Northern Province blood.

“Hear it from me that steps for another phase in my life as a married man have been taken. In a few months’ time, God willing, it shall come to pass,” this he shared online months ago

Let us all wish our dear brother, friend and fellow Zambian a happy home with his bride.

This story appeared first on Zambianobserver