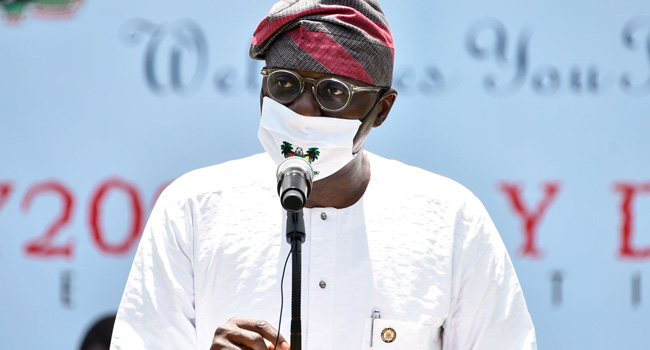 The Governor Babajide Sanwo-Olu led-Lagos State Government has reacted to rumors that it plans to shut down the entire state during the festive periods, describing it as baseless, untrue.

This came following panic buying of foodstuff and other household items by residents as a result of viral rumour of reimposition of lockdown by the state government any moment from this week.

Recall that, the governor had read the riot acts banning carnivals, concerts, street parties, and directing civil servants to work from home until further notice on Friday, following the increase in coronavirus cases in the state.

The state Commissioner for Information and Strategy, Mr. Gbenga Omotoso, has however, given clarifications when he urged residents to ignore such statement and go about their lawful businesses.

While giving clarification to Vanguard, Omotoso, simply said, ” There is no such plans. We have issued guidelines that people should follow to keep us safe and sound. Lagosians are urged to obey the guidelines.”