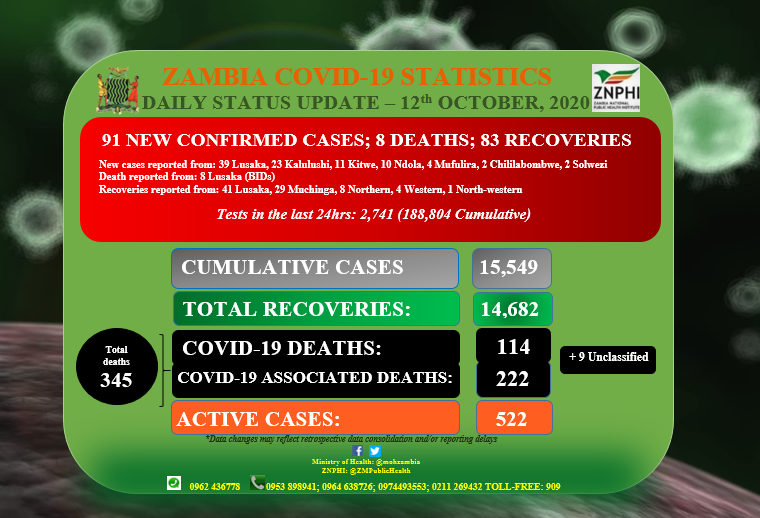 This connotes a 3.3% positive rate.

On a not so positive note, the Zambian health system is being compromised by some individuals opening up unregistered pharmacies to the public, exposing unsuspecting public to dangers of adulterated drugs.

Five people of Solwezi District in North- Western Province have been arrested for operating a Pharmacy without a Certificate of Registration in contravention of Section 14(1) of the Medicines and Allied Substances Act No. 3 of 2013.