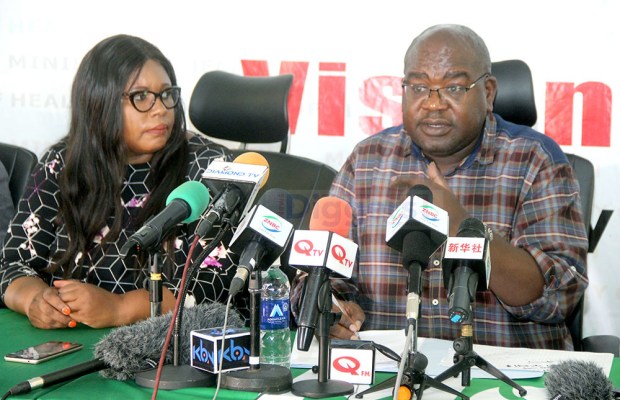 Health Minister Dr. Chitalu Chilufya has announced that the cumulative positive cases in Zambia now stand at 89. 184 tests were conducted in the last 24hrs resulting in 2 new positive cases. The two are a 13 year old child and a 38 year old man of Kafue who had contact with other positive cases recorded in the same area.

The 1 positive case recorded on the Copperbelt on Saturday and announced yesterday has turned out to be a repeat case. This case is part of those that are already in admission at Masaiti Hospital. Therefore the number of cases on the copperbelt remain 4 and not 5 as was reported yesterday.

Also, the government has run out of confirmatory testing kits which are used for testing citizens for the Coronavirus, COVID-19 putting the country in further jeopardy.

According to Ministry of Health sources the confirmatory test which are run from the University of Zambia ran out last week on Thursday.

This means that the confirmatory tests can not be done and the Minister will have no information to announce during his daily updates.

“The test kits utilizing molecular biology detection have completely run out,” the source revealed.
Adding, now we don’t know if ZNPHI and government will depend on a non confirmatory test to release results, as the lesser test has a high margin of error”.

The source revealed that the test kits had run out because of the rampant corruption by some government officials that are literally pocketing funds meant to fight the pandemic.

“All these problems are due to selfish and corrupt individuals that have made this serious misfortune into a money generation venture,” said the source.